You may not be aware, but 2015 is the International Year of Light (or “IYL 2015”) – a global initiative adopted by the United Nations and UNESCO to raise awareness of how light and optical technologies can promote sustainable development and provide solutions to worldwide challenges in energy, education, agriculture, communications and health. Along with over 100 scientific bodies spanning countries all around the world, SPIE organised a photo contest some time ago, and to my surprise during December I was informed that my image – “Over the Rainbow” won. 🙂 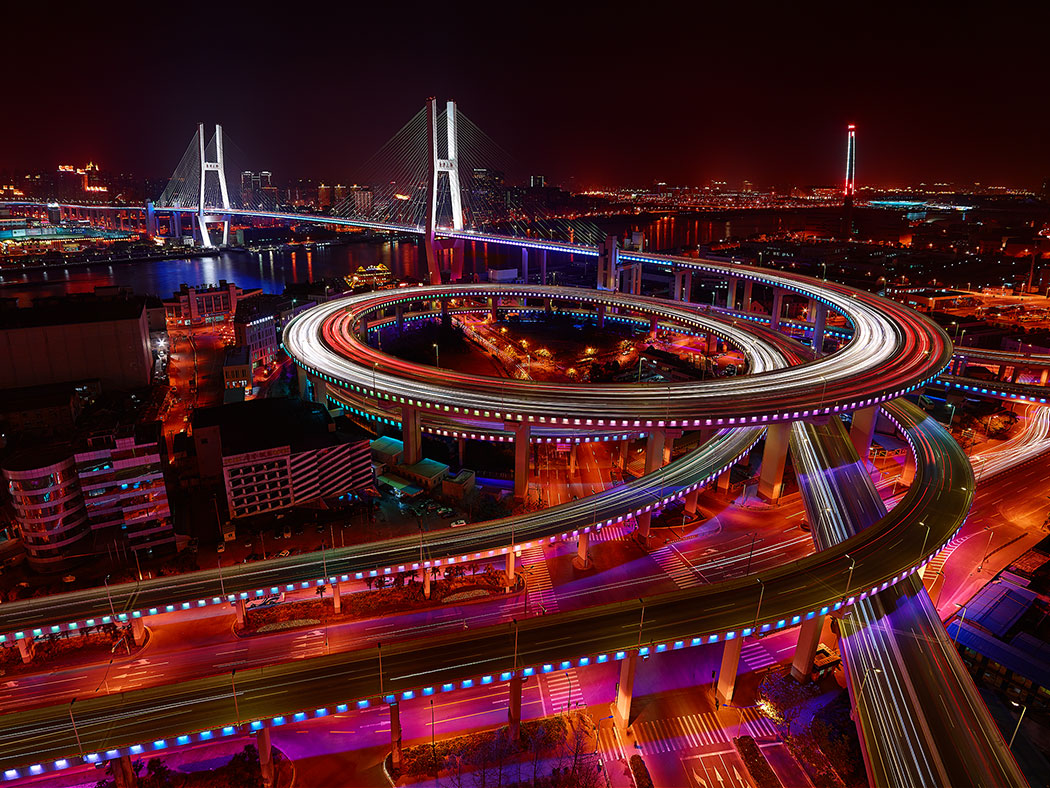 A 35-second-exposure image by Paul Reiffer of traffic and other lights on and around the Nanpu Bridge in Shanghai has been selected as first-place winner of the SPIE International Year of Light (IYL) Photo Contest. The depiction of the multicolor LED light show was selected from among nearly 800 images submitted last year to SPIE, the international society for optics and photonics, for the contest.

The SPIE IYL Photo Contest was organized to raise awareness of the United Nations International Year of Light 2015 (IYL 2015) observance, and the vital role that light and light-based technologies play in daily life, promoting sustainable development and providing solutions to global challenges in energy, education, security, agriculture, and health. SPIE is a Founding Partner of the IYL 2015.

The man-made movement and complexity of the light in Reiffer’s photo effectively illustrates the goal of the IYL 2015 as well as light in everyday life, the contest theme, said Joe Niemela of the International Centre for Theoretical Physics, one of the contest judges and global coordinator for the secretariat for IYL 2015.

“The creativity in selecting the perspective, with the natural motion through the curves and onto the bridge, is very appealing,” he said.

Reiffer, a professional photographer from Weymouth, England, took the photo with a Phase One 645DF camera on 31 December 2013, and titled it “Over the Rainbow.” Reiffer relocated to Shanghai for a few years to be closer to photographic opportunities in Asia.

On certain holiday weekends in Shanghai, not only do the traffic trails create amazing shapes with headlights across the three-layer ramp, but a rainbow show of different-colored LEDs makes the entire scene come to life. This was not Reiffer’s first trip to the top of a nearby building to capture an image of the bridge, but it was the first time everything clicked for him.

“Being outside on a rooftop watching the city get home after a long day’s work with the moving light show going on below you is fantastic,” he said. “A photograph can never quite catch the real motion that sits in front of you when you see it live with your own eyes, but as so many cars passed ‘over the rainbow’ that night, my only hope is that I captured enough of it to create a truly lasting image.”

All very cool! But here’s where we get reminded of how small the world really is…

Being in Sydney over New Year’s Eve was an amazing experience, with a firework display unlike any I’ve seen before. Having the privilege to capture it from the rooftop of the Shangri-La hotel was fantastic and a truly one-off opportunity. But Sydney isn’t just about fireworks, and I also wanted to capture 3 or 4 more images from around the harbour while there. On New Year’s day, I headed to Mrs Macquarie’s Point to capture a few images at dusk, to find the LED display that is built onto the bridge doing something very cool – celebrating light. 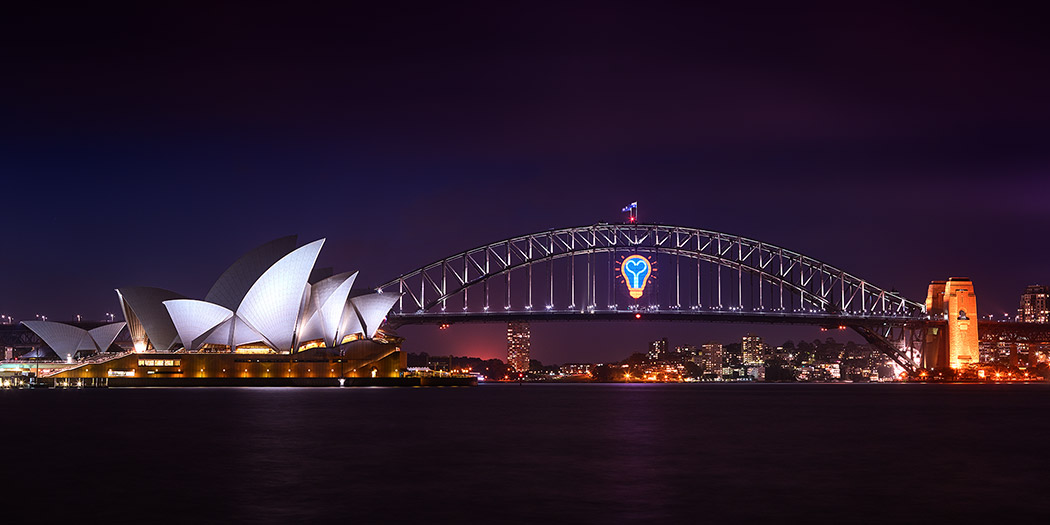 With a bit more research, it seems I missed one of the images that were projected onto the display the night before – the IYL2015 logo (click to see)! Sydney is using the lights of the Harbour Bridge for the whole of 2015 to celebrate the occasion, and have a really cool show going on as a result.

So, the IYL 2015 officially launches in Paris this month, but I guess Sydney got there just a little bit ahead of time! Either way, I’m happy – that image was taken exactly 1 year ago on New Year’s Eve 2013 in Shanghai. A year later, it’s being published around the world and featured at the Royal Albert Hall for people to see how spectacular these city lights can be 🙂 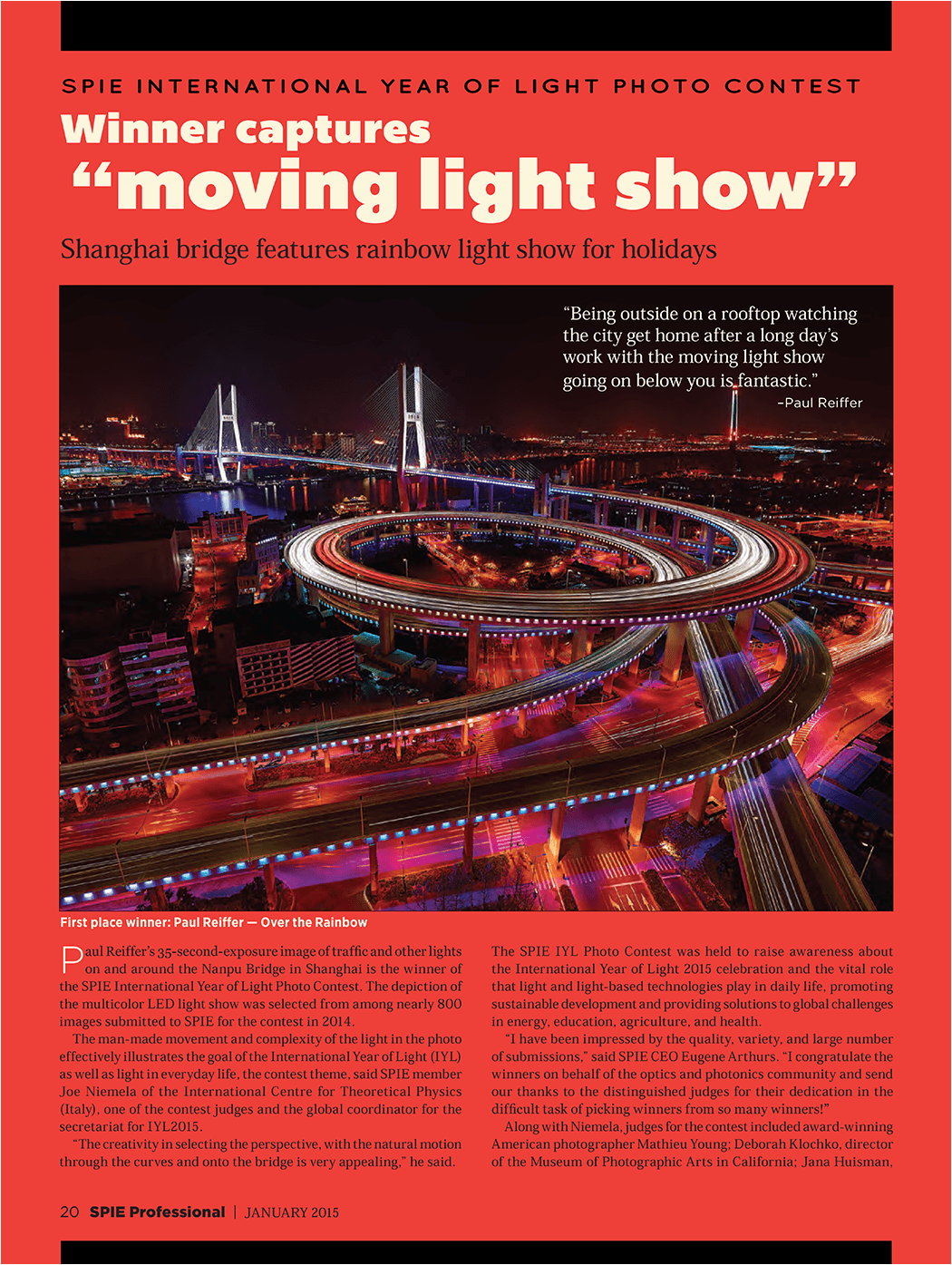