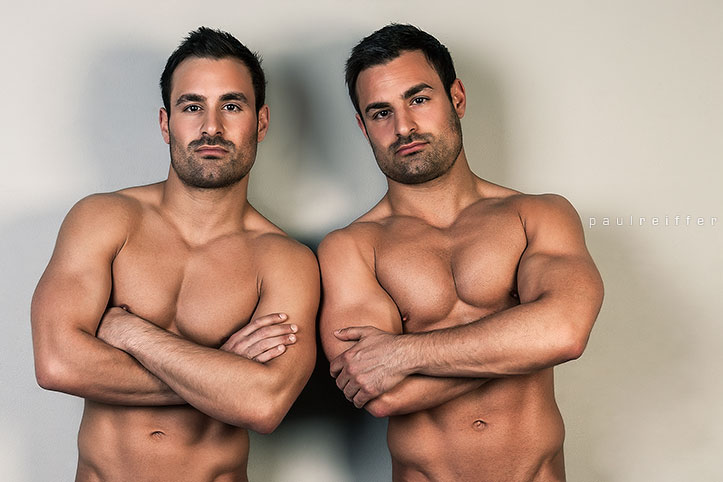 Shooting the day after your birthday is probably not the best of ideas – a bad head is extremely likely. Luckily, having spent the night before in Birmingham (which has some of the most uninteresting bars I’ve ever come across!) that wasn’t a problem, so off to Henley we went to meet up with the team. The new advert was to launch Lick’s new “Fit As” range in Attitude Magazine this month – part of a series featuring Dino and Georgio alongside many of the existing Lick models – Sam Kneen, Steve Box, James Holder and others.

Photographing twins is an interesting challenge – depending on who they are and the look you’re going for, you either need to make them identical or go out of your way to get a look that’s completely different. The good news with Dino and Georgio, they come as a pair and are keen to remain marketed as such with their connection to “TOWIE” on TV. Despite being able to use controlled light in the studio, one of the advantages of having the massive windows here is that shooting with natural light is easy. Where normally I’d have to set up quite a lighting rig to get a shot like below, this was a simple as a reflector in front of me, shooting against the huge windows with daylight behind: 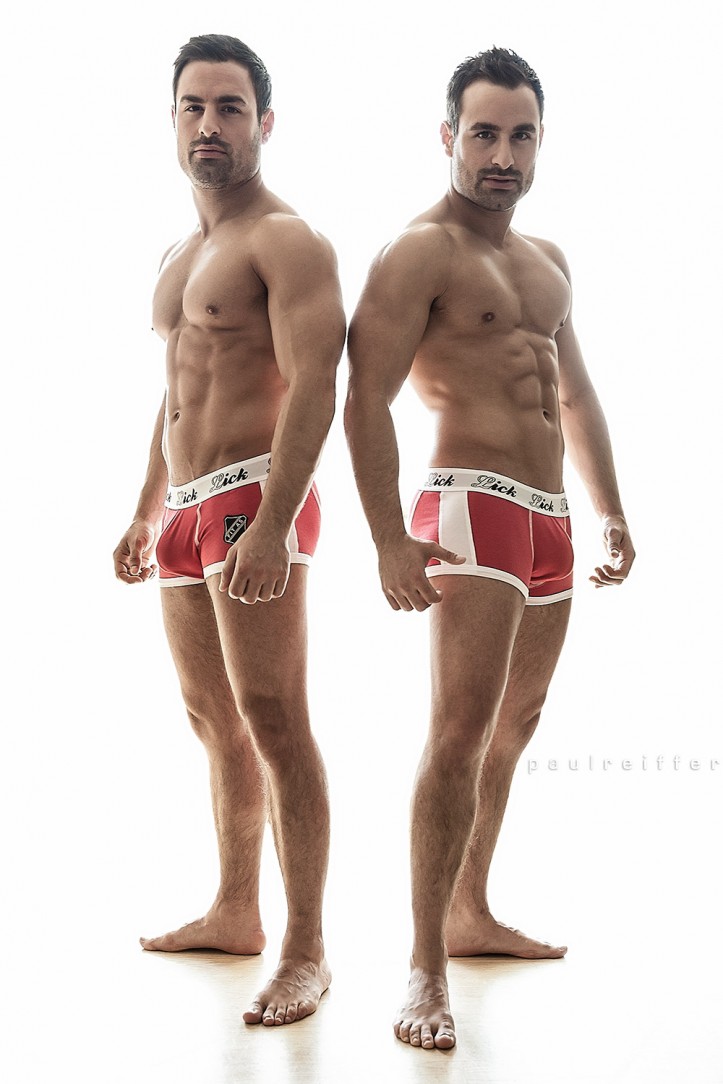 Now here’s the thing with advertising shots – while I may personally think that image is cool, sadly it didn’t quite match the brief for “something more natural & different” while making use of the location. So where else do you shoot two twins in just a pair of red hipsters? Well, against a farm gate, of course… 😉 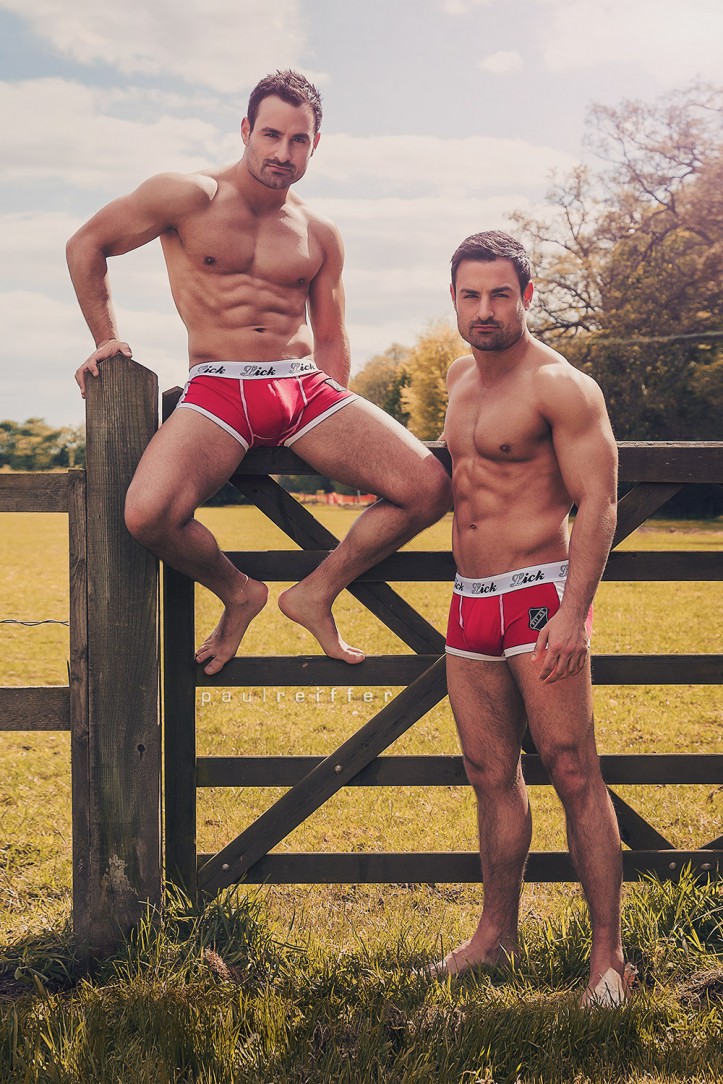 And there it is – the image that was finally used in this month’s edition of Attitude. From the original, it’s actually had a slight amount of cross-processing applied to it in Lightroom – the raw colours were a little bit too bright to pull off the “vintage” look and added too much variation to the image that would have distracted from the advert itself. Granted, it ended up with quite a bit more wording on it by the time it went to print, but it fits the brief (no pun intended!) and everyone seems happy with it 🙂

Of course, during the day of shooting I captured a lot more of the other guys as well as the twins. Once I’ve managed to sort through them all, I’ll put a few more of them up too!