Surrounded by surfers preparing to enter the ice-cold Pacific Ocean, it’s easy to forget the temperature as you set off down to the water’s edge with all your equipment – hoping for that pink morning sky. But wow, what a treat we were in for… 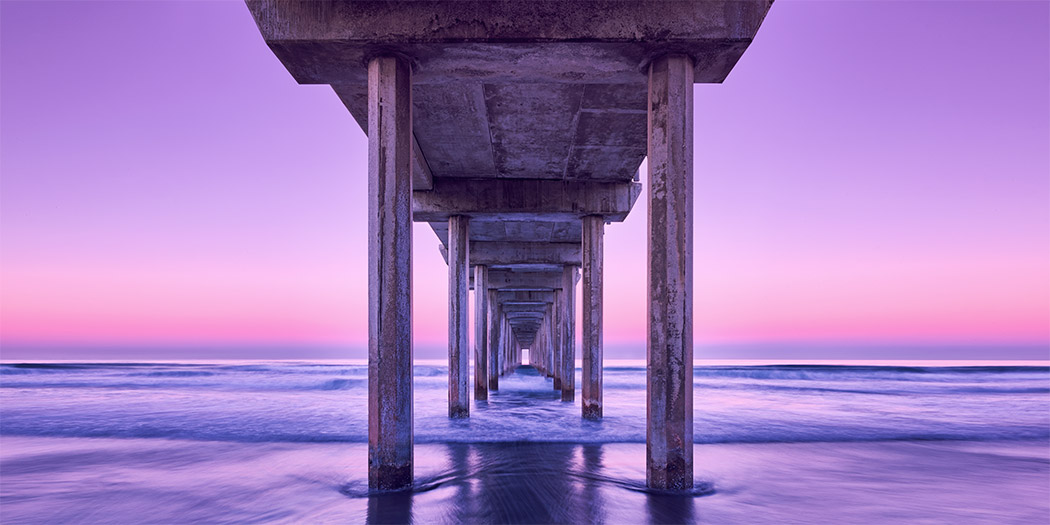 Sunrise is a funny thing really – everyone looks for beauty in the sunrise itself, the golden glow, the flare of light, the warm beads that stretch over the land before you. But as I teach on workshops – always remember that half of the world is behind you, and sunrise is no exception when it comes to this rule.

While I’m certain the sunrise itself was stunning, that wasn’t what I wanted to capture on this occasion. While there are many amazing shots of sunset (a more likely time to shoot looking west!), I wanted to use the pink sky that follows in the opposite direction to surround the pier in a different type of light. This shot was going to capture the calm, the stillness, the crisp cool winter air: A photograph that represented how it felt to be stood there at that moment.

Capturing the cool blues and pastel magentas here was actually more of a challenge than I had planned. Yes, I knew the tide was coming in, so would likely have to move around a little. What I wasn’t prepared for, however, was the big lump of seaweed that was at the exact point I wanted a clear space to shoot without getting wet…

Edging closer and closer to the lapping tide, I found my “sweet spot” – and then it happened… I guess once the first wave hits, your mind changes focus – it’s no longer “try to stay dry”, instead becoming “well, I’m wet already so may as well go further in”. Which is exactly what I did 😉

My 28mm medium format lens gives me a wide 35mm equivalent of 17mm, and getting into the wash allowed me those few extra inches of breathing space to the bottom of the shot.

Of course, the walk back to the car nearly an hour later rewarded me with frozen feet and rather uncomfortable jeans for the way home, but hey, it’s all about that image – and printed large, this one had already found a place in my studio 🙂 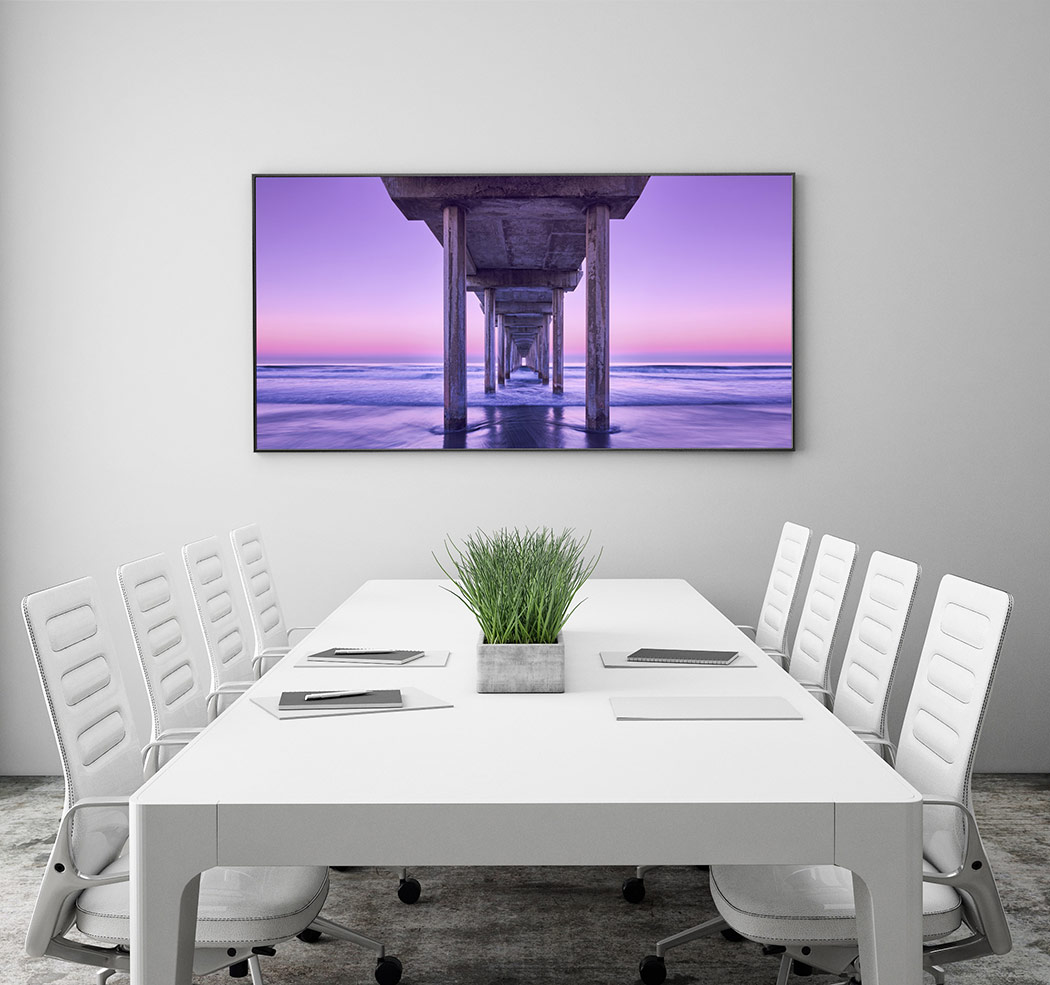