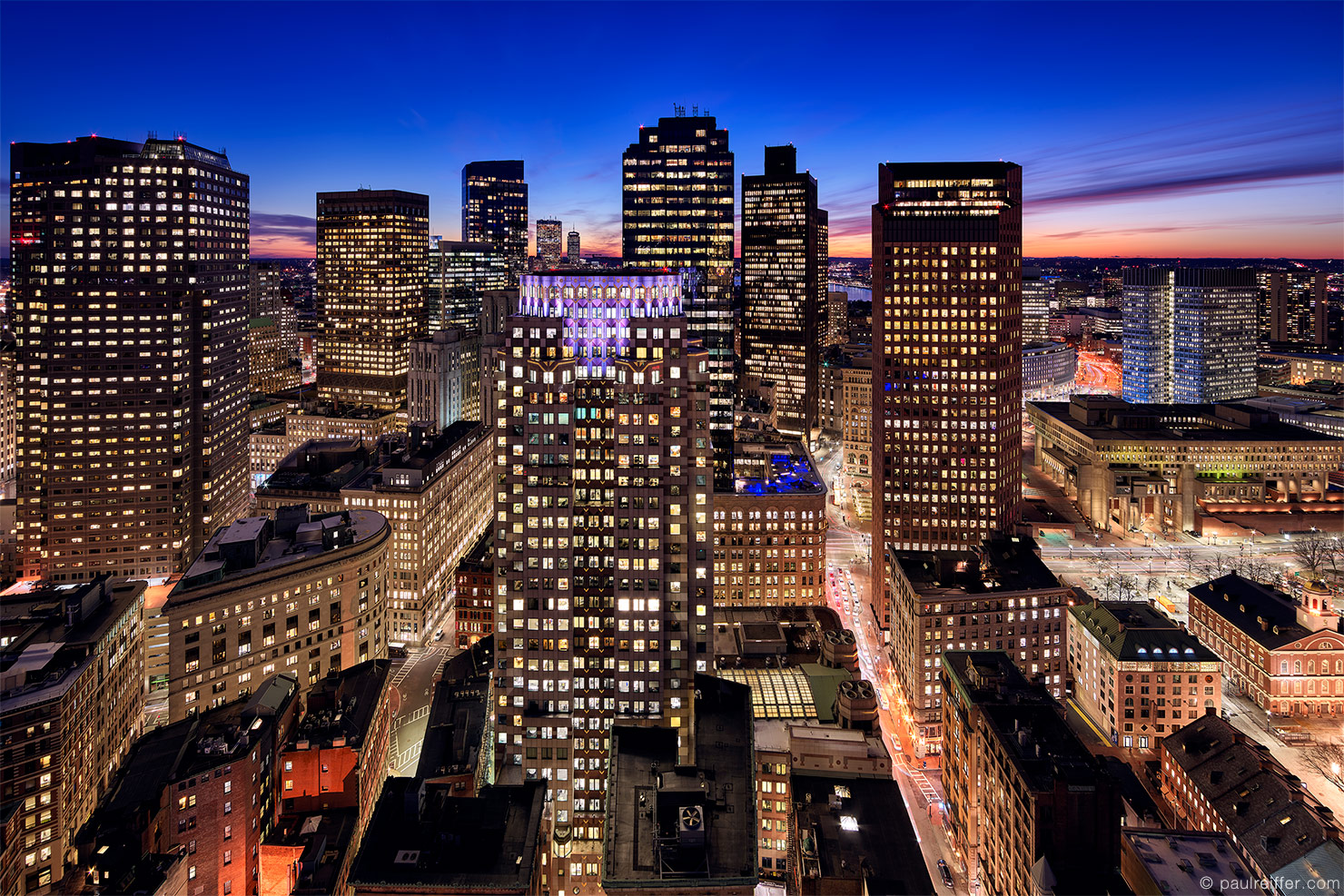 So here we are again, stood on top of an historic building, looking out over the city of Boston just after sunset. What a view, and what a night.

It wasn’t the night I’d been planning, to be fair – this was supposed to be a really quick trip to capture the snow that had fallen over Cape Cod – checking out Race Point Lighthouse for the first time and seeing how some new equipment I was testing would perform.

But no, it was definitely not to be. Not only had the rain (and sudden warmer air) washed away all of the snow, but the winter storms had also battered the coastal roads into thousands of pieces already. Plus, in standard “photographer’s luck” terms, the weather seemed mostly to consist of rain, rain and more rain.

Stopping off at one of the smallest full-service airports I’ve ever visited (with a 2m x 2m TSA area included), Provincetown looked like a fantastic place to visit – but off-season was going to be a struggle, and that lighthouse was just too far away in the sand to make walking in the rain seem worth it.

So, back to town…

Boston’s (many) waterfront areas tend to be no more than a short walk from wherever you are in the city –  including the view from Fan Pier Park, opposite the fast ferry terminal that takes you to Cape Cod. Sunset looked promising, but it wasn’t to be – the sky flattened, and while the view was still awesome, it wasn’t what I wanted as a back-up plan for my lack of snow… 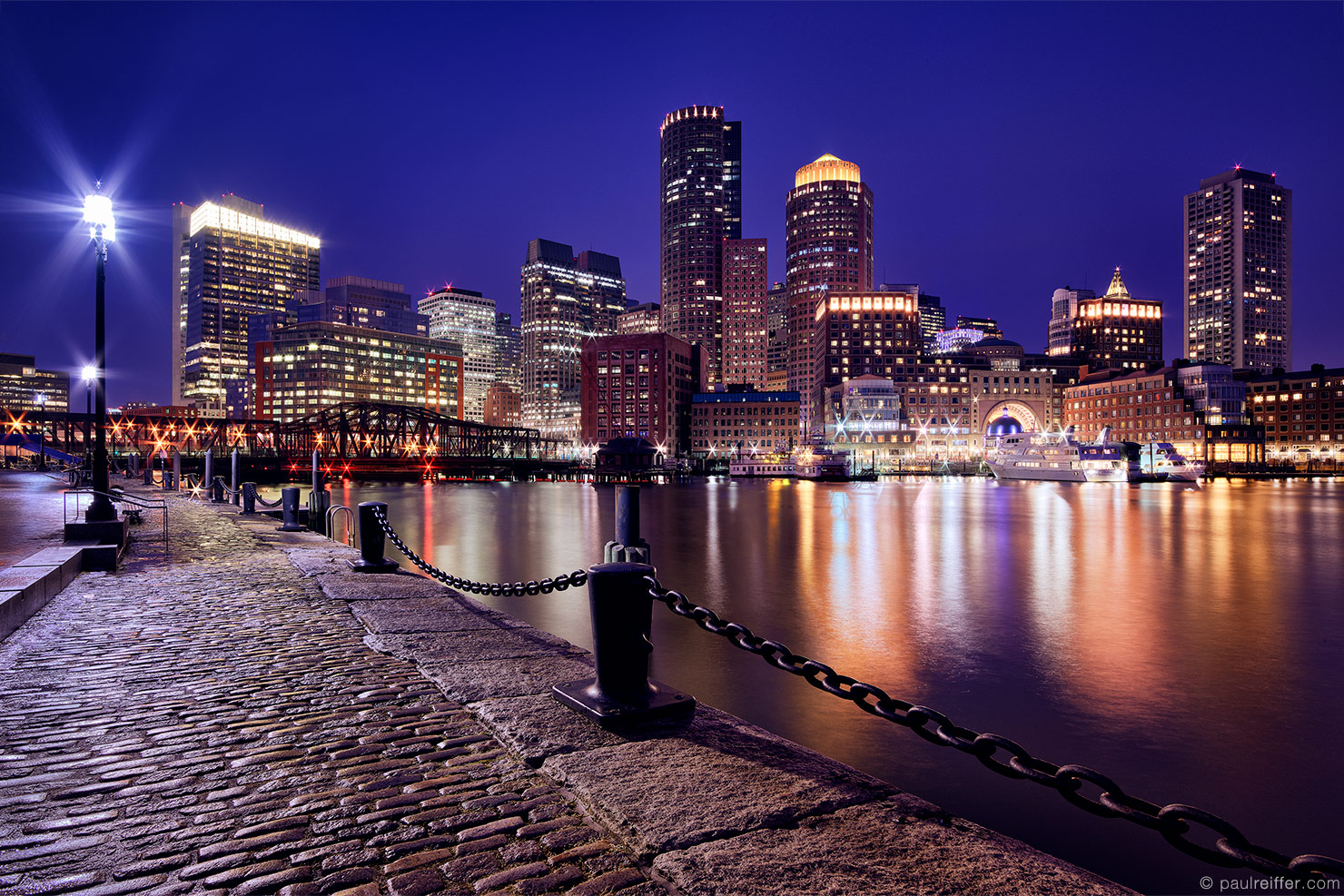 But there was a building in the distance with people walking around – that I could see from here quite easily. The standard rule of “if I can see it, it can see me” kicked in, and it was time to investigate.

Standing for over 100 years now, Custom House Tower is not only one of Boston’s most iconic properties, it’s also one of the most welcoming (the name must give it away!). Being guided through two sets of elevators, it was quickly apparent that while the snow had disappeared, the required temperature hadn’t as I stepped out onto the upper deck.

But what a view.

Gates and grills are a huge bug-bear of mine when it comes to shooting from up high (and why I tend to head to alternative locations without such obstructions) – but given this was my “last chance saloon”, it was time to make the best of what was on offer. The new Rollei Lion Rock tripod I’d been testing (more on that coming soon…!) rose perfectly to the challenge, and despite the wind coming from all angles kept the camera rock solid and stable for every single exposure. 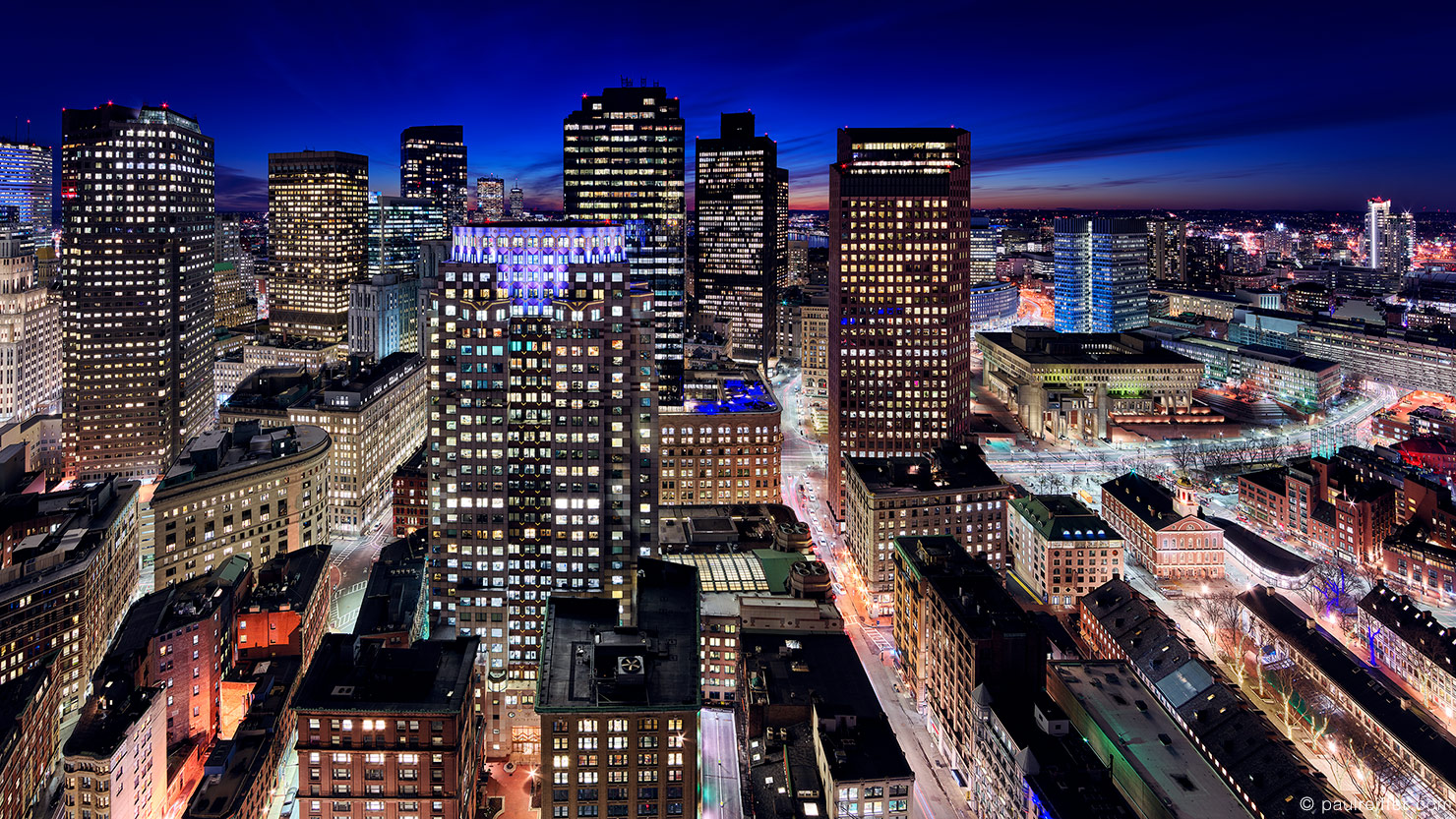 Out to the West, the downtown areas, Prudential Tower, Faneuil Hall and the start of the “Freedom Trail” were set out like an atlas beneath me. For each office light that turned off, an apartment window switched on, as the city and its residents retreated home from a day of work. 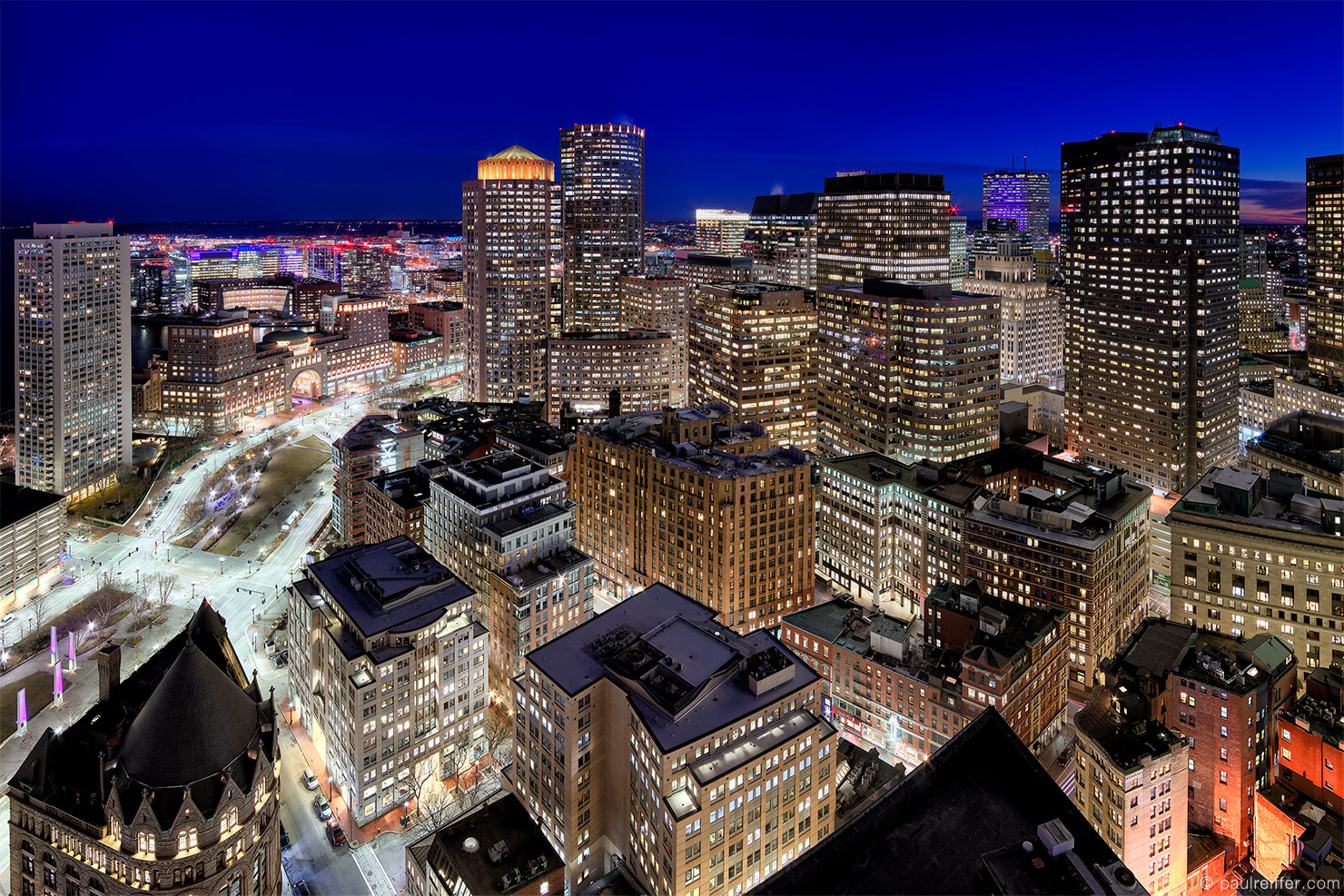 Looking south, I found the financial district in all its densely populated glory, along with the harbour-side and docks which I’d been stood opposite prior to this, shooting that image towards the city itself.

Being the third city I’ve now captured using the new Phase One iQ3 100MP Trichromatic, I couldn’t wait to see how it had performed this time – and on a 17mm equivalent lens (28mm on medium format), I wanted to see what detail it had been able to record. While I’ve come to expect great levels of detail when shooting with the Phase One digital backs, with that focal length combined with the physical distance of some of these buildings, I have to admit even I was surprised at the content of the captures. 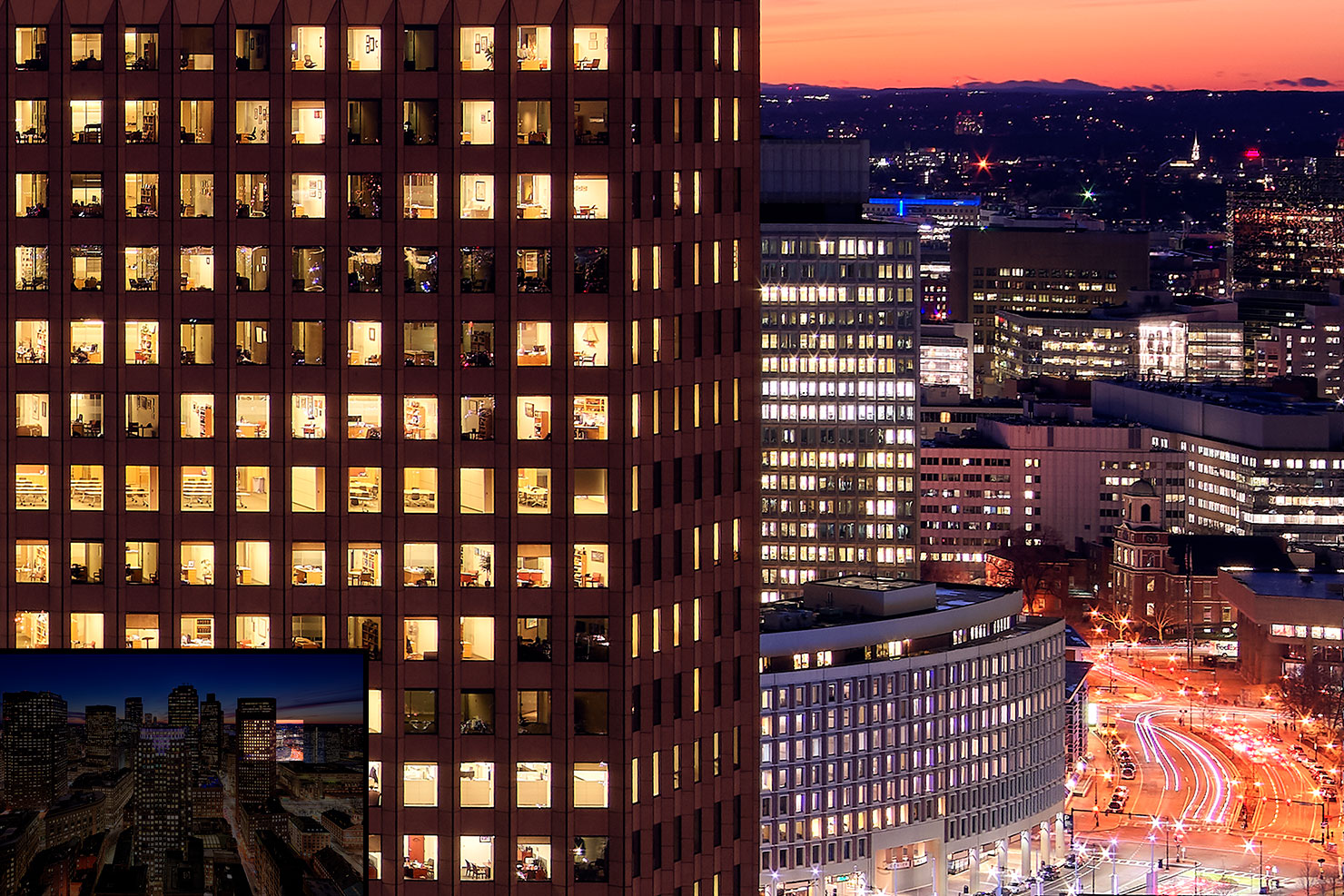 Way out into the distance, we can still clearly see all the detail in the city at night – as well as who’s still at work… 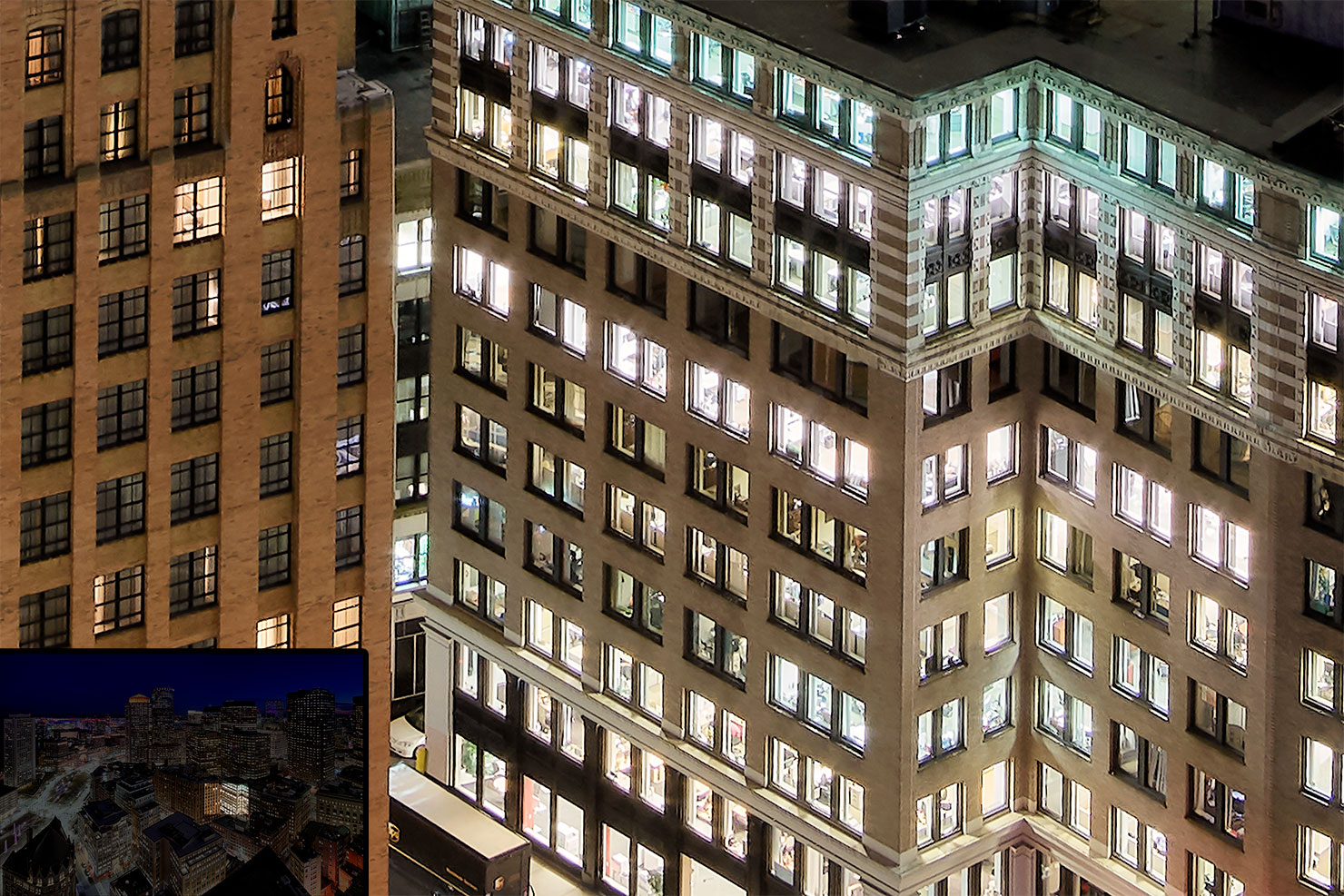 The glow from a mix of offices and residential areas in the heart of the Financial District as we zoom right in to the surrounding buildings. 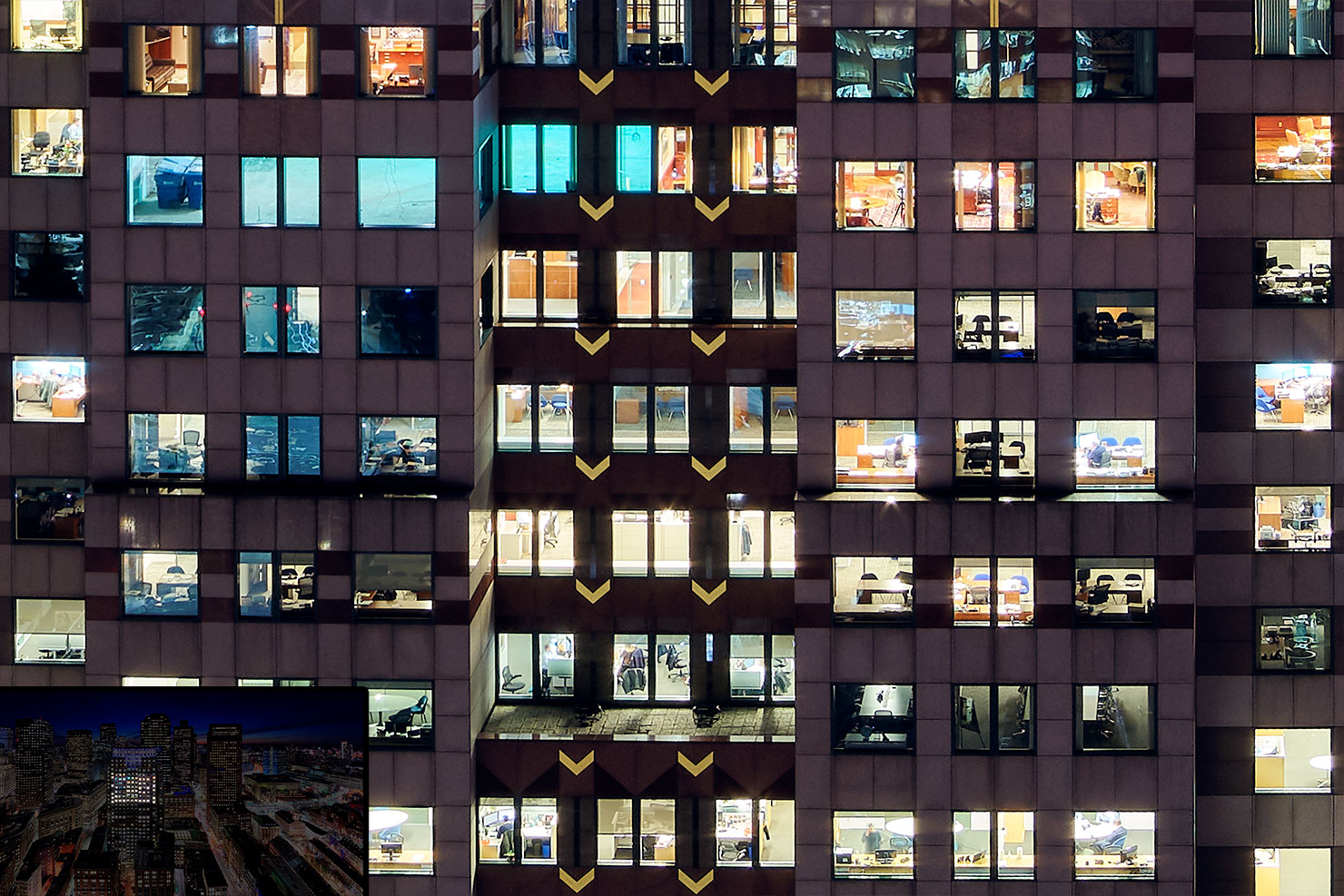 We can see who owns an iMac, as well as who’s left their jacket behind in the office… 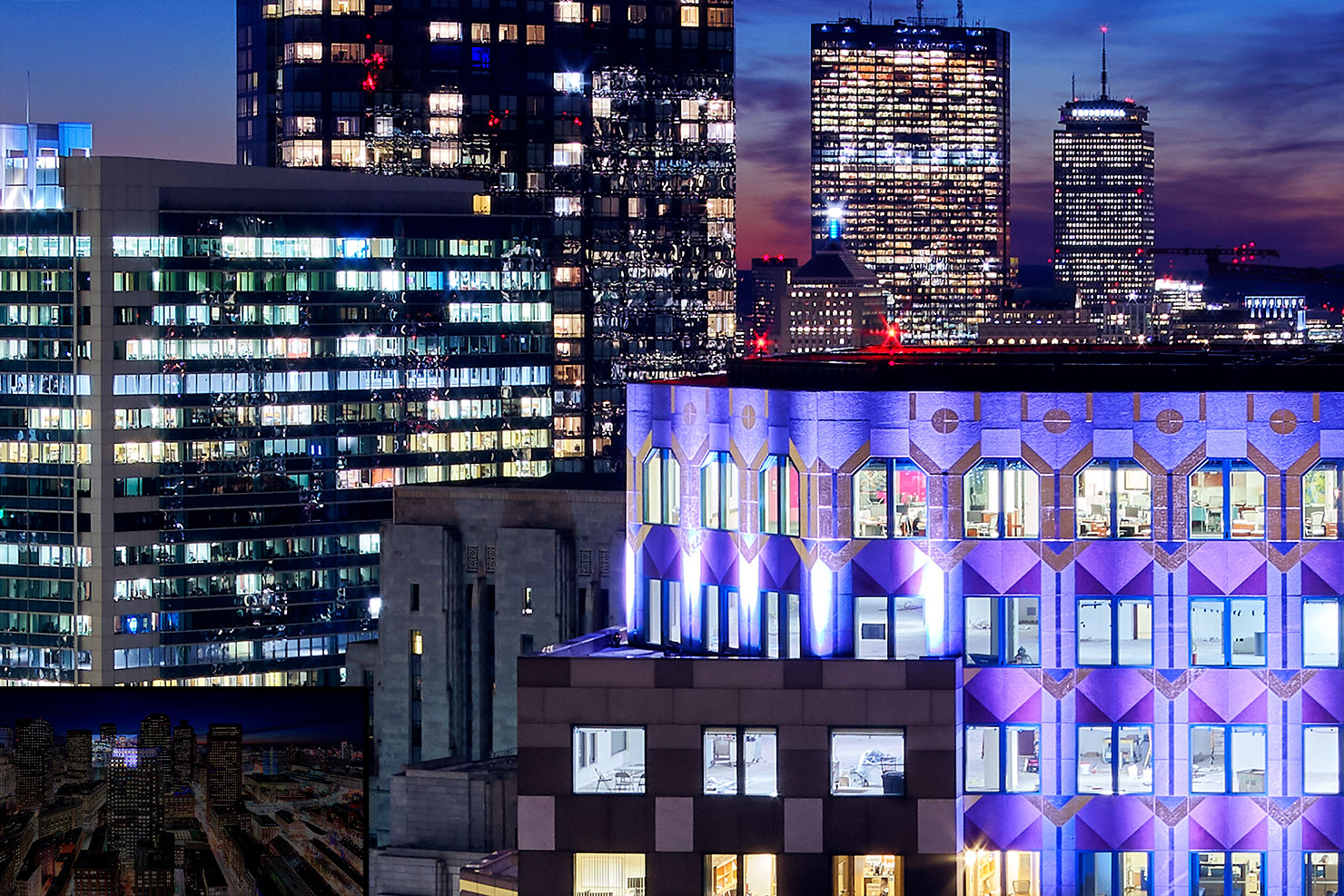 …and of course, the Prudential Tower out on the horizon, nearly 2 miles away – which, given it was captured on a 17mm equivalent lens, is possibly my favourite feature of this shot.

An amazing view, from an historic building, with an awesome camera to capture the whole night.

And what else did we learn on this trip? Well, despite the need to ensure your curtains are always closed(!), a few little gems…