Well, the news is now official – the brand new lineup of Phase One & Capture One Brand Ambassadors has landed, and I’m very pleased to be counted among this amazing group of 13 photographers from around the world.

With the website launched this month, we’re bringing an entirely new presence to the post-production software space with a mix of photographers who use Phase One hardware as well as those who utilise cameras from other brands – all with one thing in common – a genuine love of Capture One Pro as an editing tool. 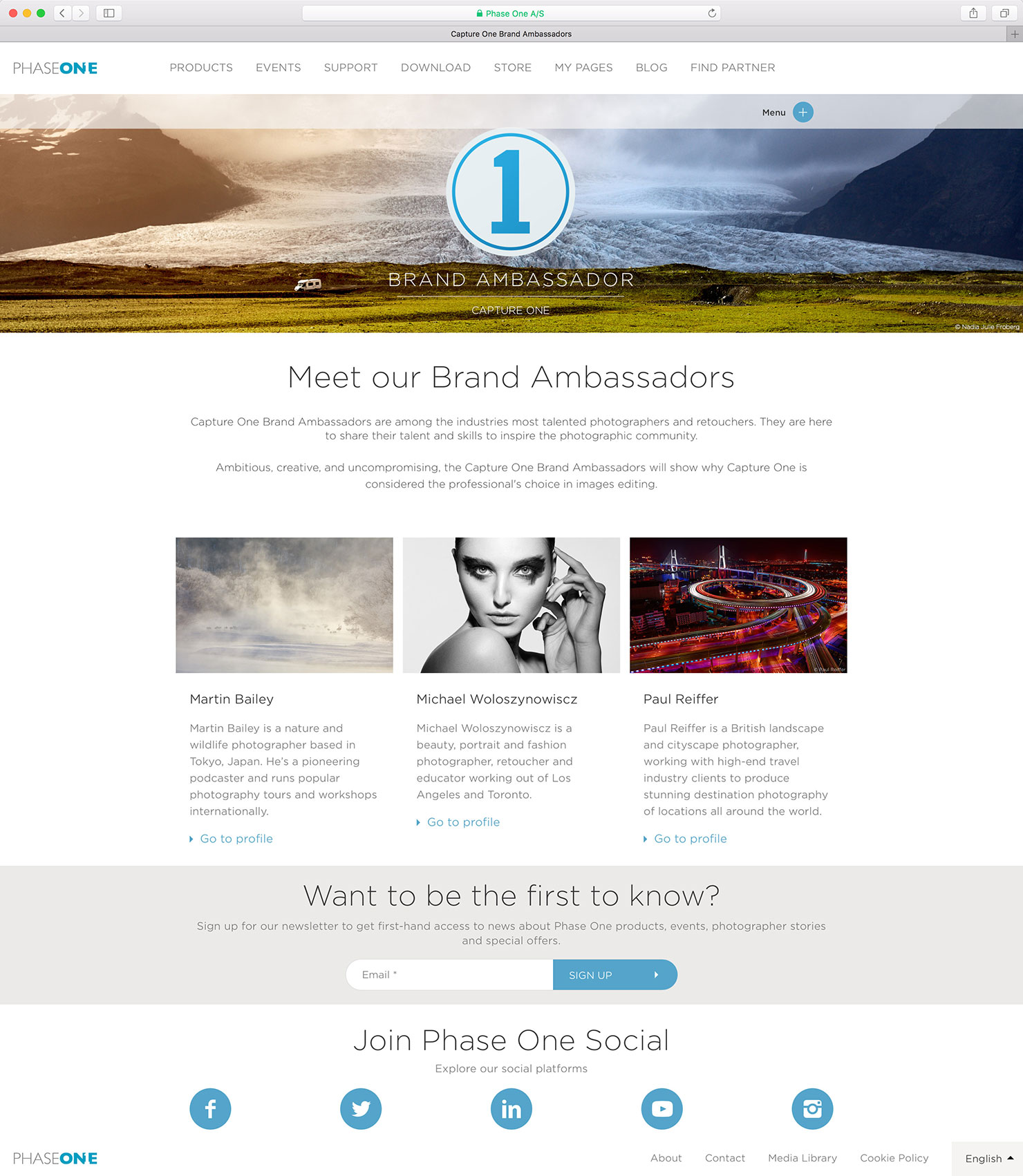 The launch of the new Ambassador website gives customers access to our galleries, profiles, blog posts and demos/examples – along with insight into what we’re shooting across the world. 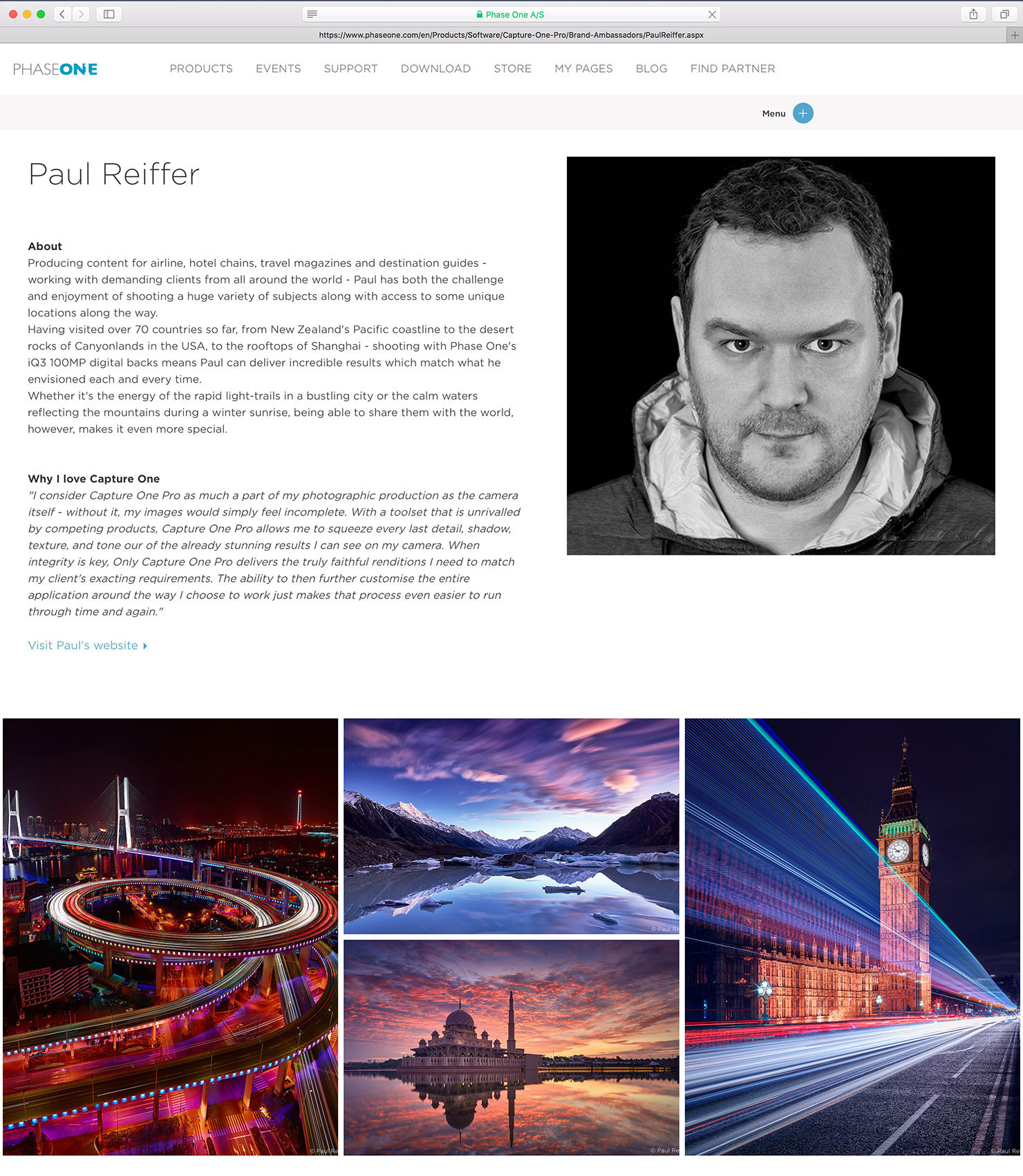 You’ll find frequent updates from me on the Phase One website as well as speaking at events where we can demonstrate the power of this tool – along with how easy it is to use for anyone who wants to get the very best out of their images.  Alongside, you’ll also find interview/Q&A content on my experiences with the software, including how I made the transition myself, all those years ago. 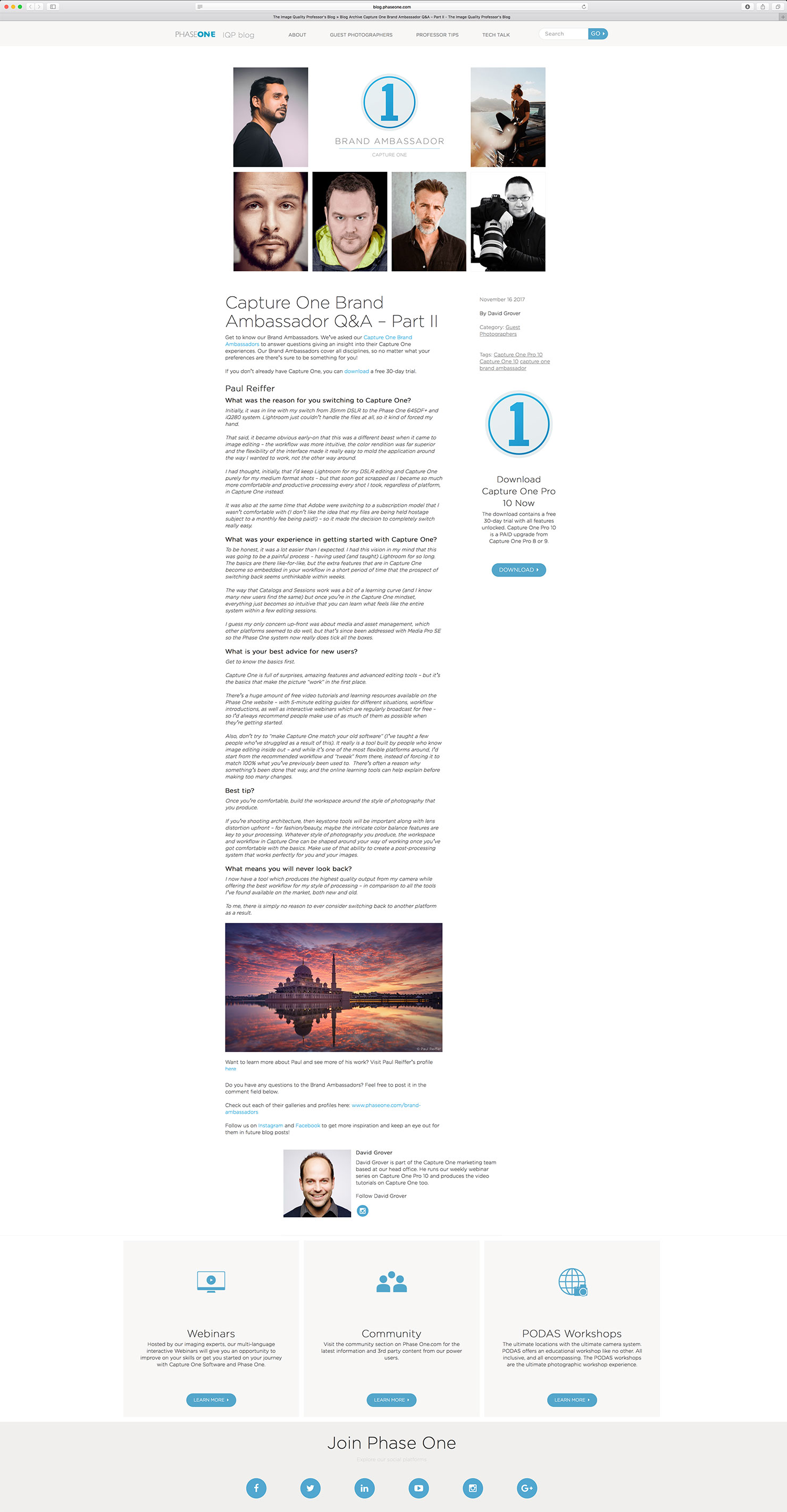 For those interested, here’s the first Q&A with me, launched yesterday:

What was the reason for you switching to Capture One?

Initially, it was in line with my switch from 35mm DSLR to the Phase One 645DF+ and iQ280 system. Lightroom just couldn’t handle the files at all, so it kind of forced my hand.

That said, it became obvious early-on that this was a different beast when it came to image editing – the workflow was more intuitive, the color rendition was far superior and the flexibility of the interface made it really easy to mold the application around the way I wanted to work, not the other way around.

I had thought, initially, that I’d keep Lightroom for my DSLR editing and Capture One purely for my medium format shots – but that soon got scrapped as I became so much more comfortable and productive processing every shot I took, regardless of platform, in Capture One instead.

It was also at the same time that Adobe were switching to a subscription model that I wasn’t comfortable with (I don’t like the idea that my files are being held hostage subject to a monthly fee being paid!) – so it made the decision to completely switch really easy.

What was your experience in getting started with Capture One?

To be honest, it was a lot easier than I expected. I had this vision in my mind that this was going to be a painful process – having used (and taught) Lightroom for so long. The basics are there like-for-like, but the extra features that are in Capture One become so embedded in your workflow in a short period of time that the prospect of switching back seems unthinkable within weeks.

The way that Catalogs and Sessions work was a bit of a learning curve (and I know many new users find the same) but once you’re in the Capture One mindset, everything just becomes so intuitive that you can learn what feels like the entire system within a few editing sessions.

I guess my only concern up-front was about media and asset management, which other platforms seemed to do well, but that’s since been addressed with Media Pro SE so the Phase One system now really does tick all the boxes.

What is your best advice for new users?

Get to know the basics first.

Capture One is full of surprises, amazing features and advanced editing tools – but it’s the basics that make the picture “work” in the first place.

There’s a huge amount of free video tutorials and learning resources available on the Phase One website – with 5-minute editing guides for different situations, workflow introductions, as well as interactive webinars which are regularly broadcast for free – so I’d always recommend people make use of as much of them as possible when they’re getting started.

Also, don’t try to “make Capture One match your old software” (I’ve taught a few people who’ve struggled as a result of this). It really is a tool built by people who know image editing inside out – and while it’s one of the most flexible platforms around, I’d start from the recommended workflow and “tweak” from there, instead of forcing it to match 100% what you’ve previously been used to.  There’s often a reason why something’s been done that way, and the online learning tools can help explain before making too many changes.

Once you’re comfortable, build the workspace around the style of photography that you produce.

If you’re shooting architecture, then keystone tools will be important along with lens distortion upfront – for fashion/beauty, maybe the intricate color balance features are key to your processing. Whatever style of photography you produce, the workspace and workflow in Capture One can be shaped around your way of working once you’ve got comfortable with the basics. Make use of that ability to create a post-processing system that works perfectly for you and your images.

What means you will never look back?

I now have a tool which produces the highest quality output from my camera while offering the best workflow for my style of processing – in comparison to all the tools I’ve found available on the market, both new and old.

To me, there is simply no reason to ever consider switching back to another platform as a result.

Well, we’re all working behind the scenes on some exciting new content, workflows and helping to shape the future of the amazing set of tools that Phase One are constantly developing. There’s a lot of news coming soon, but for those of you who missed my hour-long Capture One cityscape editing webinar with David Grover in September, it’s now available to watch in its entirety online as part of Phase One’s YouTube channel:

During that session, we covered a range of tools across several of my raw images – keystone, colour correction, structure and clarity, adjustment layers and of course lens corrections. It’s available online for free, along with a wealth of other webinar resources from my co-ambassadors and Phase One themselves, so if you get the time I’d take a look and see what’s there. 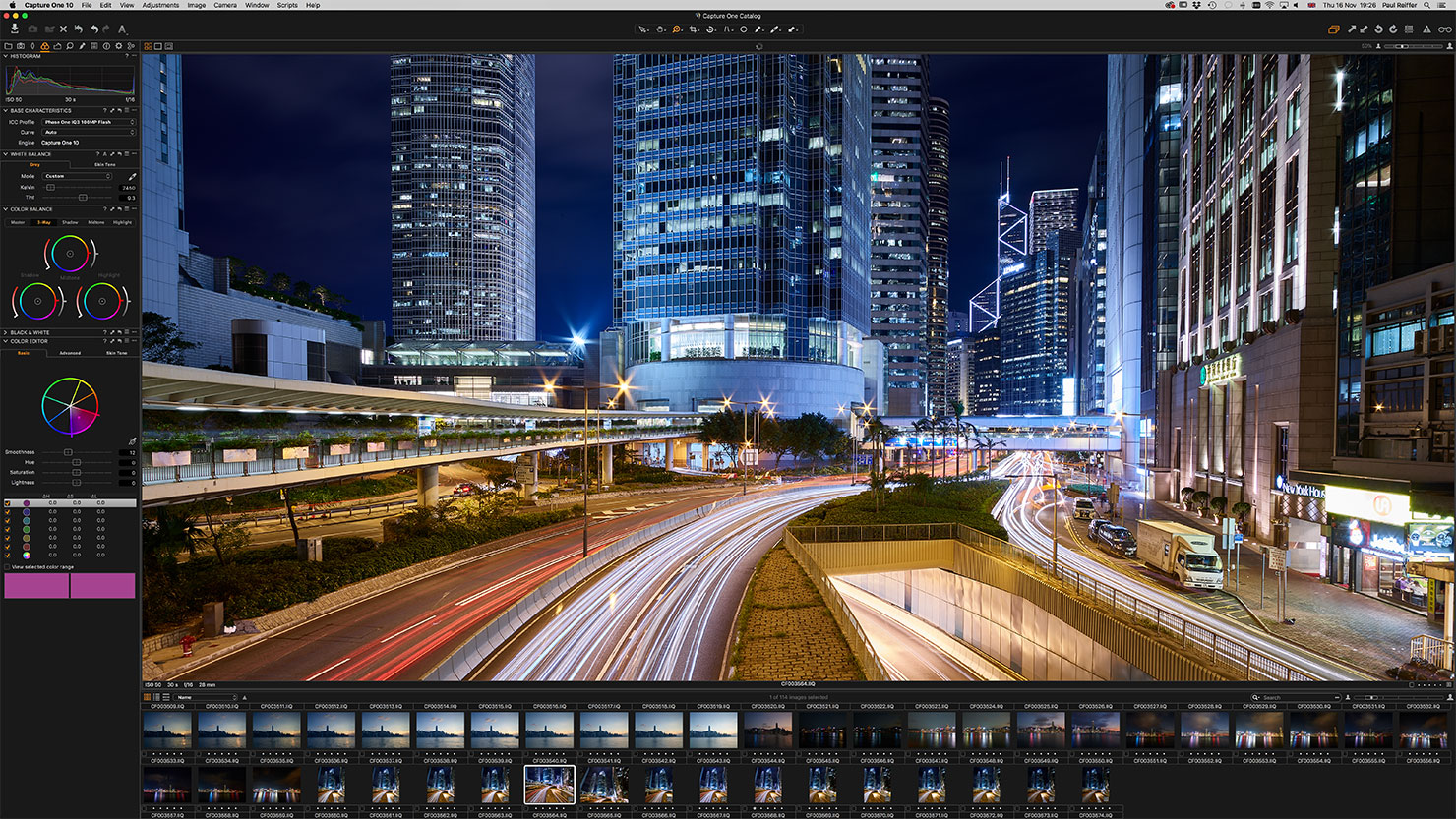 And for those still trying to convince me that Adobe Lightroom is the future – well, all software has its place, and it’s a very good tool in itself. But would I switch back from Capture One at this point in time?

No, absolutely not. Why would anyone do that?!

Review : Shooting Icebergs with the Phase One iQ3 Achromatic 100MP Digital Back