Welcome to the crystal clear blue waters of Lake Tahoe, spanning across the state lines of California and Nevada on the West Coast of the USA.

Taken at sunrise, the shot above was the result of quite a bit of waiting, anticipation, depression (as the clouds looked like ruining the morning) and a severe lack of sleep! As part of the workshop I was running across California, Mark and Martyn came along to the lookout point over the Tea house on one of Lake Tahoe’s most stunning vistas – Emerald Bay.

Not wanting to push our luck too much from the night before (explained below!), while disappointed by the thick layer of cloud to the East on arrival, we were all determined to get the best shot possible given the circumstances. At 5:00am, it genuinely is freezing up there, despite it being the end of May, and the lure of the warmth coming from the car was almost too much to ignore as we waited for the sky to change and sun to make an appearance. In the end, the sun did actually “pop through” the clouds on the horizon, but by that point the soft light had gone – never mind, I’d been lucky enough to get the shot I wanted (top) a few minutes before – “Gateway” is now available to purchase as a limited edition print too!

So, what of the night before?

Well, having driven for 5 hours to get to our sunset location, looking out of the sunroof to see permanent rain was not on my list of high-points for the trip. But, I had a feeling… We waited it out – cloud was shifting (and fast), and towards the West there were bigger and bigger clearings to be seen.

Bonsai Rock, at Incline Village on the Nevada side of Lake Tahoe, is not actually a rock with bonsai trees – they’re just trees that are slightly stunted in growth (due to their location) and as a result of their distance from the land, simply look like bonsais. That said, it’s still an iconic shot, and a location I’d never visited to try to capture.

The gamble paid off. After 25 minutes in the car, the skies gave a hint of backing off, and the rain slowed. We started the trek down to the shore (remembering that when shooting sunset, that means hiking back in the dark!) and set up. The place itself is a lot smaller than I imagined, but hey – it was exactly the view I wanted… 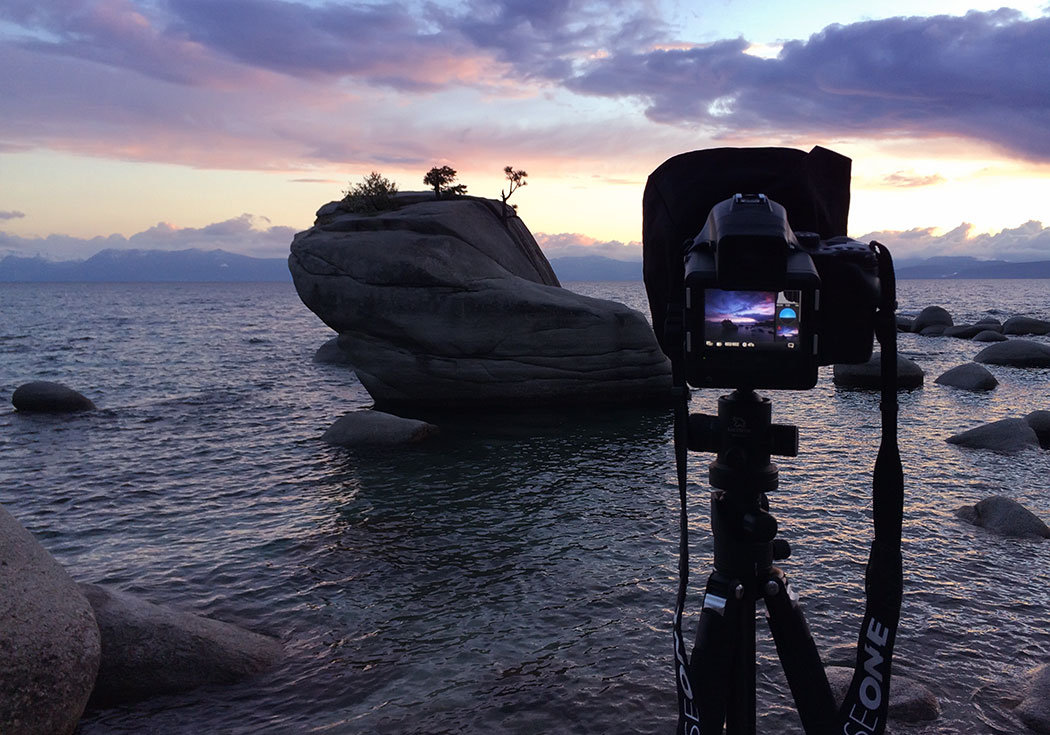 Clicking away, I loaded filter after filter to capture the fantastic moving textures in the sky – as well as soften the water. Even in May, this is snowmelt in the lake, and it’s a pond full of freezing cold fresh water that shows blue on any shot; wonderful.

A few 15, 30 and 60 second exposures later, with my tripod perched precariously on the smooth surface of a load of round rocks, I had the shot I wanted. In a weird way, it’s also quite unique – many other shots of the same location show a lot less rocks, mainly because Lake Tahoe itself is normally a lot deeper. This year’s lack of snow and rain means we got to see more of the lake bed exposed than normal – and a rather different shot than many I’ve seen before 🙂 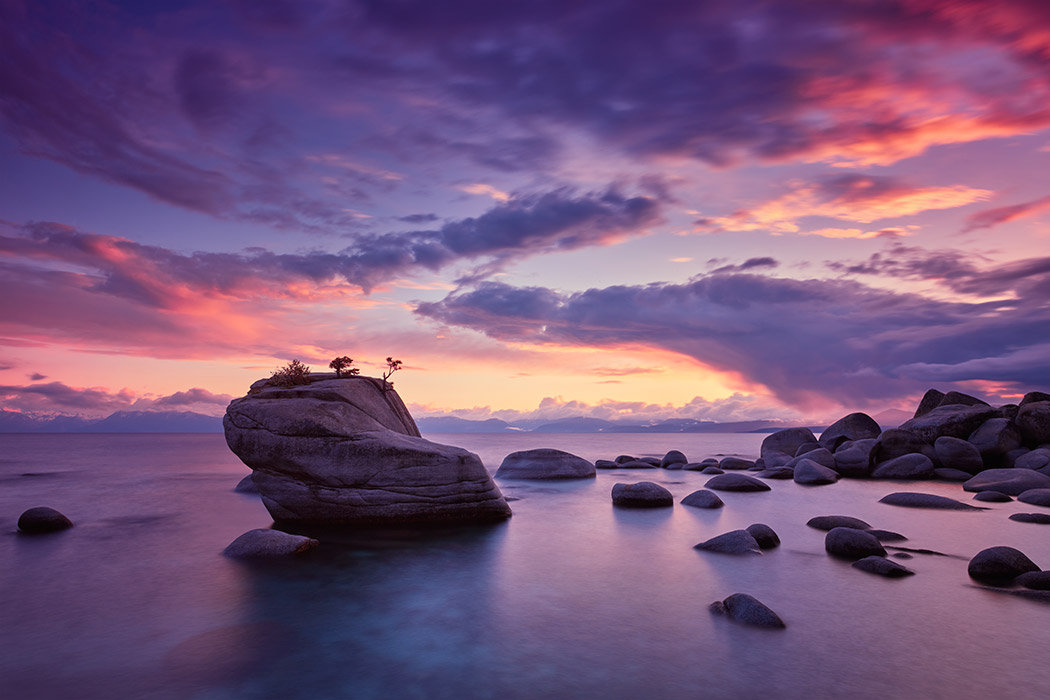