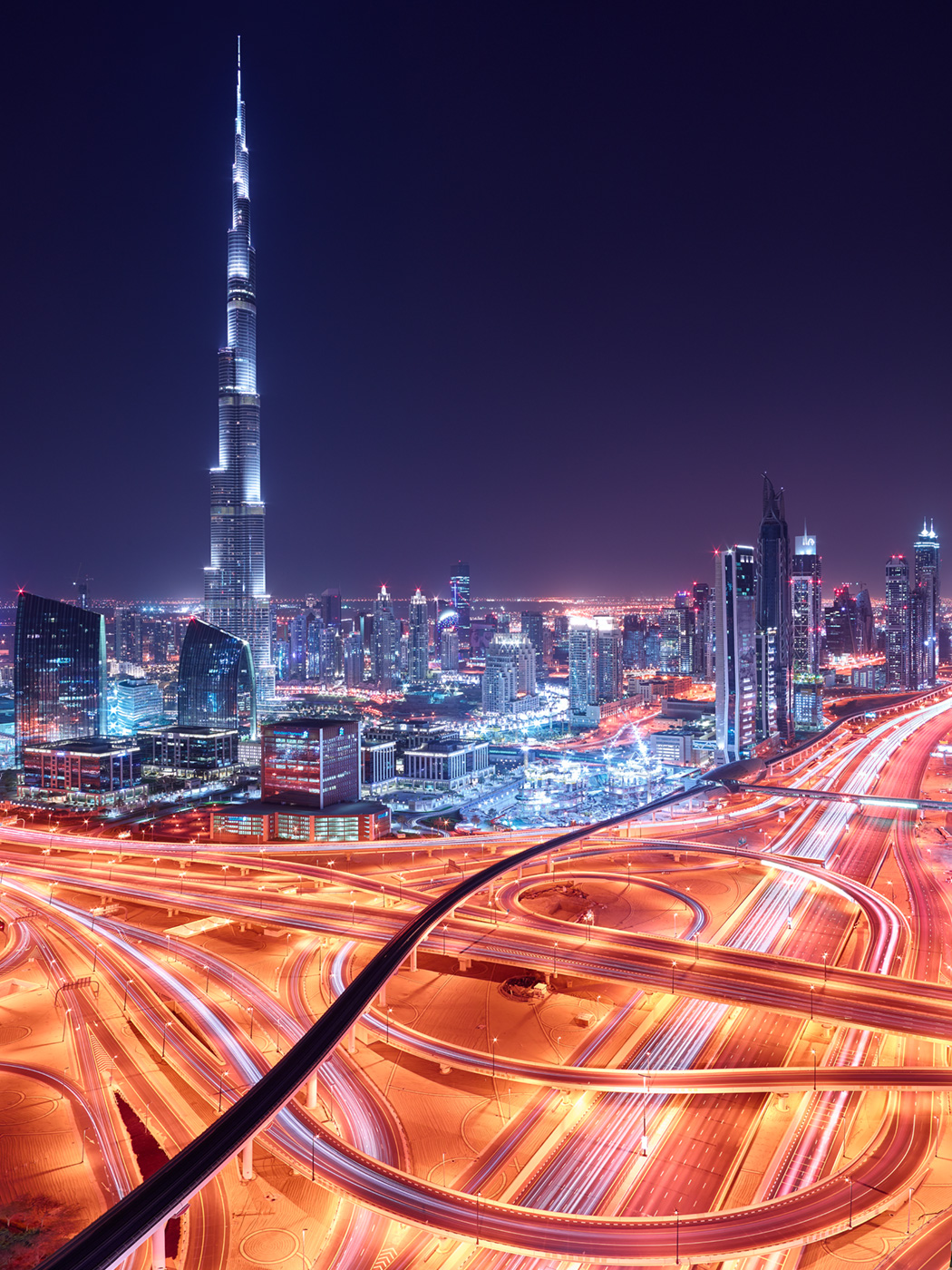 It doesn’t matter how many rooftops I’ve photographed from, whenever I’m in a new city I always get that “wow” moment when I look across the skyline for the first time – and this was no exception. From the top of a building (which was, in fairness, extremely tall in its own right!), I set up on the ledge and started clicking. Sadly, jpeg compression doesn’t do this image enough justice on-screen, but the tones of the sky and detail in the buildings on the high-res image really are better than I could have hoped for when I looked at the back of the camera.

On a trip that had been a “quick dash” across to Dubai to shoot some marketing images, I figured it would be a wasted opportunity to allow the cityscape view to pass me by. A few emails (and some very helpful hotel managers) later, and I was on top of my second rooftop looking out over the city.

Dubai really is a unique place – the difference between the vast sand-dunes surrounding this tiny piece of urbanisation and the city itself with several of the world’s tallest buildings, along with countless 5, 6 and 7 star hotels is astonishing. With extravagance, opulence and riches all around you, it’s easy to understand how it received one of its better-known nicknames, “the city of gold”. Living in Shanghai, I get to see (and stand on) my fair share of tall buildings – at 632m, the Shanghai Tower isn’t to be laughed at – but the Burj Khalifa is simply huge. 828m “huge” to be exact.

The night before, I’d been on the Jumeirah Beach side of the city hoping to get a more sweeping view of the skyline. I managed it (despite the disappointment that the amazing sunset reflections of the night before simply didn’t arrive this time), but there’s something rather “detached” from shots that are so far out. Sure, they show the scale of some of these buildings – along with the vastness of Downtown Dubai with its never-ending construction – but it’s missing the elements of movement, motion and action that a city is all about. The top shot is what Dubai feels like for me – not something distant, but a true urban jungle to be lived within. 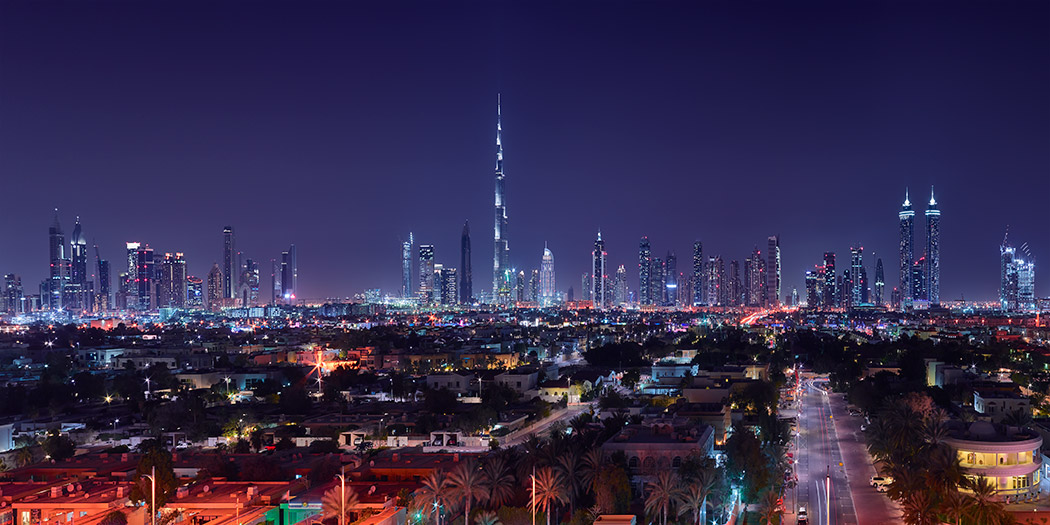 Despite that, I love the comparison this shot brings – the low neighbourhoods in the foreground, and the vast metropolis beyond. Ever expanding, constantly racing to be the biggest, the best, the most expensive, it’s easy to forget that Dubai is not a museum of architecture – to many, many, people it’s simply “home”.

While we’re on the subject of tall buildings, allow me to share a small annoyance of mine – the difference between “Architectural Top” and the “Top Floor”.

Call me a cynic, but in my mind, a building is impressive when the top floor is high up. So, let’s look at the Shanghai Tower: Its “Architectural Top” is 632m. The actual top floor? Nope, 561m. That’s 71m (11.5% extra) of ego extension for the architects and owners as far as I’m concerned. Yes, it houses plant machinery and structural bits, but I’m sorry, that still feels a little like cheating to me.

So, where am I going with this? Well, the Burj Khalifa – a genuinely amazing building to look at.

We know its “Architectural Top” is the highest in the world at 828m but what about its actual top floor? That’s actually only 584m up – a massive 244m (or 29%!) lower than the top of the building! And the observatory, where the public can access? That’s at 556m up – 272m lower than the stated building’s height and actually 5m lower than the highest accessible floor on the Shanghai Tower…

As I say, call me cynical, but to me when you construct a building that’s supposed to be the highest in the world, it really should be the highest building, not a skyscraper with 244m of antenna and useless space stuck on the top!

Still, it doesn’t stop it looking amazing from wherever you are in Dubai 🙂

Fellowship of the British Institute of Professional Photography