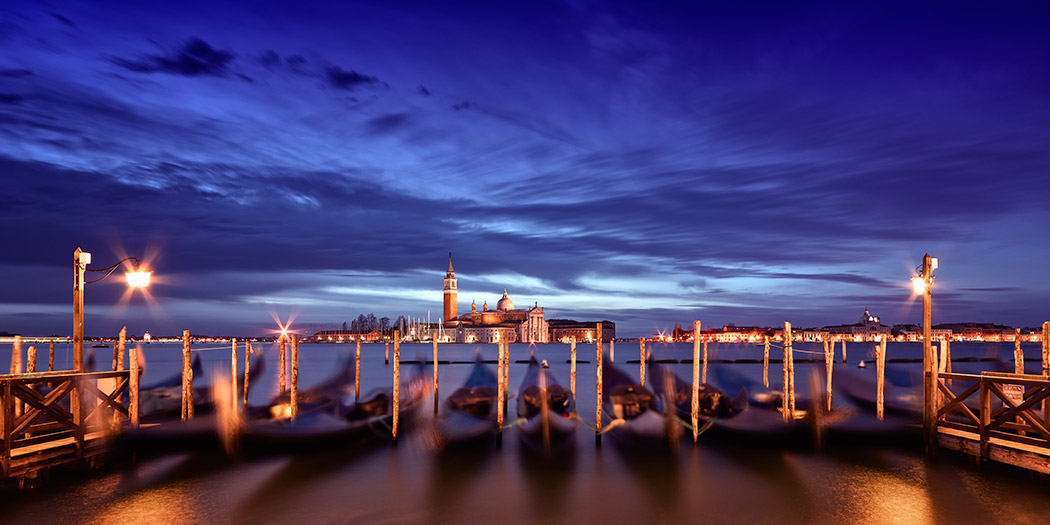 What an awesome sight – being up before dawn on one of the first vaporetto (water bus) services across to Piazza San Marco (or “St. Mark’s Square” as we know it in English) and capturing San Giorgio in the distance as the gondolas moved gracefully in the tide, lapping the side of the lagoon.

But Venice had a little surprise up its sleeve for me – just waiting for the right moment to reveal itself.

Heading to Venice in the “off season” is a great idea for two reasons.  First, the number of tourists there is low, so there’s a feeling of space that you simply don’t get in the summer. Secondly, the “odour” that Venice has become famous for as the waterlogged city heats up in the peak summer months simply isn’t there. We arrived by boat to a sunny day, and while the water in one of the canals near our hotel seemed a little high (picture on the right), we thought nothing of it.

So, why was there a tide diagram for the next 5 days waiting for us at reception?

There was one shot, and only one shot, I wanted to capture of Venice on this trip – my first time to the city – and thankfully I managed to get it before things could have gone horribly wrong. Being up at 5:30am in January as the cold wind sweeps down from the Alps, blasting you on your ferry ride across the Grand Canal is a challenge in itself – and I’ll admit I wasn’t quite prepared for the temperature to drop that much. Still, on the first morning, I got a few shots before the lights switched off and I called it a day (picture left, below).

There was a strange siren that sounded as I was leaving, but no worries – in a few minutes I was back at the warm hotel, recovering. Later that afternoon, we headed back across to Piazza San Marco where everything seemed normal and fine.

The next morning, not happy with the results from day 1, I headed back out again (picture middle) and captured the main shot above – “Venezia“. Happy with the image, and taking the opportunity to try out the new NiSi filters I’d been given, I moved over to allow another photographer to set up in the same place (picture right, below) but noticed something strange. What was that on his feet? He was obviously planning to get a lot wetter than I was – and there was that siren sounding again. How strange…

Behind, what I thought were shopkeepers setting up were actually members of a daily task-force, setting up raised platforms.

Ah, oooops. So that’s why the tide tables were in reception – this place floods. A lot.

A quick pack-up was easy, but this was definitely one to watch. I dropped my kit back to the hotel and couldn’t help but return to see what happened next. It turns out that between October and April, half of Venice is submerged twice a day as the tide pushes the sea to a level above that of the city! Green plastic overshoes purchased, it was time to “do as the locals” and just get on with it. Pavement became swimming pool, the elevated pedestrian walkways became gridlocked and the whole city turned into a lake – it’s an incredible sight.

Flood boards, while installed, simply can’t handle the volume (and height) of water that forces its way over the canal walls and Venetians just have to get on with life, hoping their shops/homes/restaurants will dry out in time to prepare for the next wave of high tide.

So, Venice in winter really is a tale of two cities. The moment the water retreated we were back to crisp January air, blue skies, open-air dining and tourists all over the square. You wouldn’t even know that hours before you would have been sat in half a meter of water. But just be careful, when that siren sounds, the second side of Venice is headed your way – gone is the relaxed al-fresco atmosphere, and along comes the panic and challenges that the flooding brings twice a day.

Of course, I wasn’t the only photographer out to capture the city that day – this rather determined photographer (below) had his Phase One gear perched on a huge tripod as he clicked from his step-ladder all morning, capturing scenes of the flooding. Clearly he had prepared for the occasion but it seems he forgot to inform the police he’d be there; a few moments later he was nowhere to be seen…! 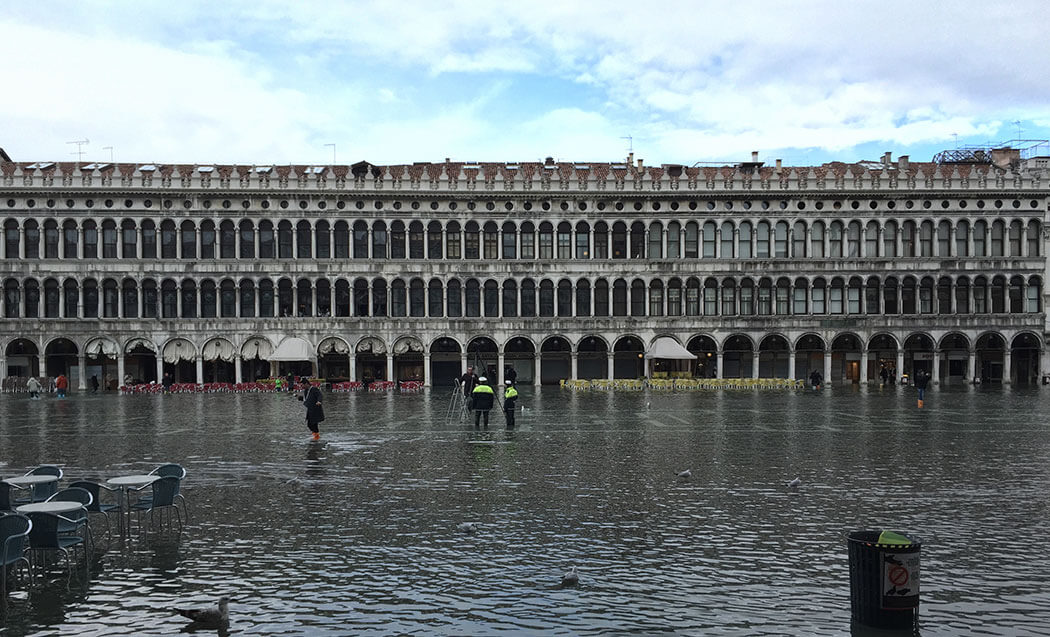