The bitterness of the cold winter mist across Lake Wakatipu in Glenorchy is the strongest memory I have of taking this photograph. Granted, it’s turned out better than I could have hoped for given my initial trip to these famous willow trees the night before – but wow, the weather really made me work for it. 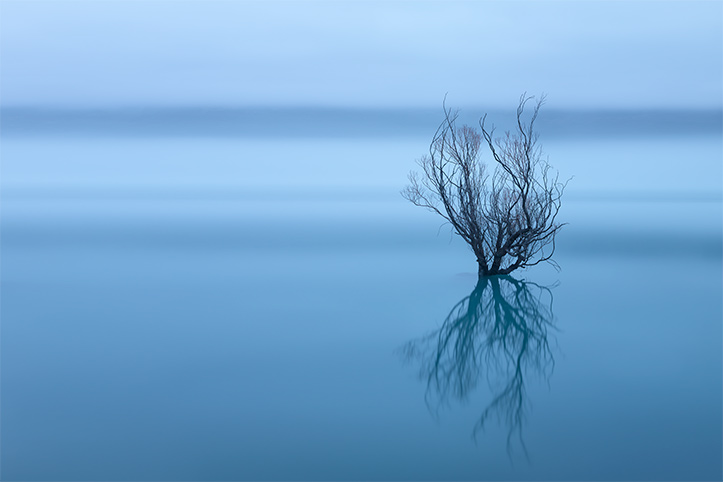 The shot above, “myst” was actually taken around 7:30am, just before sunrise, and as the ground temperature shifted so did the fog – leaving these sweeping bands of blue and white streaming across the frame during the 60 second long exposure. Full of atmosphere, this shot couldn’t have been further from what we arrived to the afternoon before: 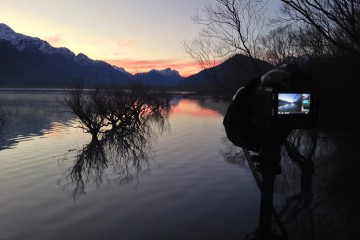 That above is an iPhone shot of one of the clusters of willow trees that run through the lake, at around 4pm the day before. Hoping to catch the sunset over the eerie-looking trees, we’d driven from Queenstown that afternoon only to find a really difficult scene to capture. To get to a proper area, you had to climb (with all camera equipment) across unstable floating clumps of earth, fallen logs and a collection of rocks.

The contrast between the bright sky and really dark foreground as a result of the mountain shadow was also one of exposure. Even with all my filters with me, it was proving a tough one to get and looking at the back of the camera, I noticed that every single shot was missing something: atmosphere.

Having failed to get a decent sunset shot, I was ready to give up until a friendly local photographer told me some “bad news” about Glenorchy mornings: “there’s always loads of fog over the lake, you can’t see a thing”, he said. Bad news? Hmmm… I now knew I had to come back to shoot the next morning! 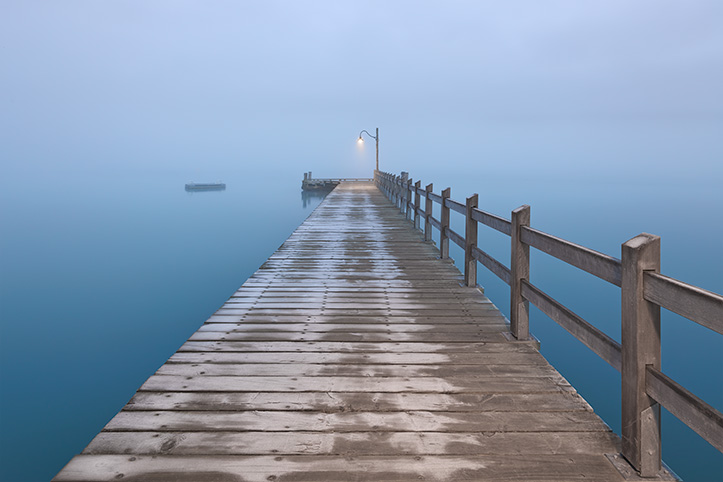 And this was the morning after. Driving through the dark along winding icy roads is not exactly fun, but on approaching Glenorchy around an hour before sunrise, the fog was clearly there and ready to play. Before shooting the trees themselves I decided to grab a shot of the rustic jetty, above, which the day before had been full of tourists throwing stones into the lake. “First light” hit us around 7:45, half an hour before sunrise, and it was time to climb across the rough marsh-ground to get in position for the trees. What a difference only 12 hours can make! 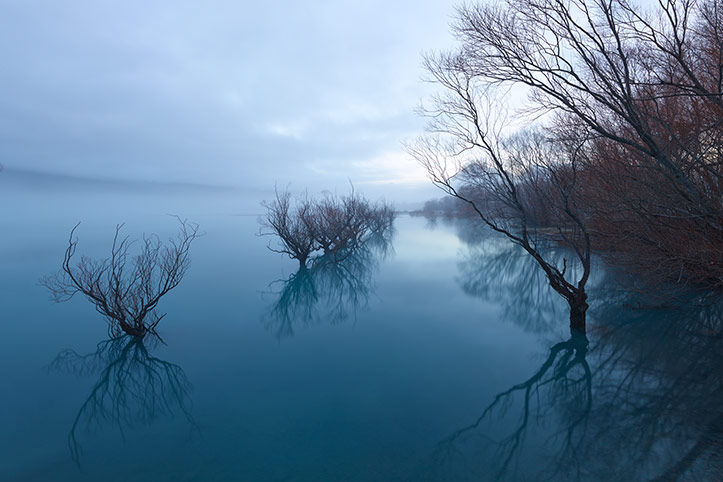 So, with no other photographers or tourists around (or willing to brave the sub-zero temperatures), I got clicking. As the sun rose behind the mountains, the temperature change caused the fog to rapidly sweep across the lake – a long exposure could be interesting here…

And I was right. Not only was the top image (“Myst”) created with a 60 second exposure, but 30 seconds was also used for the shot below of “The Three Witches” as they branch out across New Zealand’s otherwise still Lake Wakatipu. The colours changed as the sun rose further (as you can see above in the iPhone shots) to a cleaner, daylight temperature, but not before I had chance to capture the images I was hoping for. 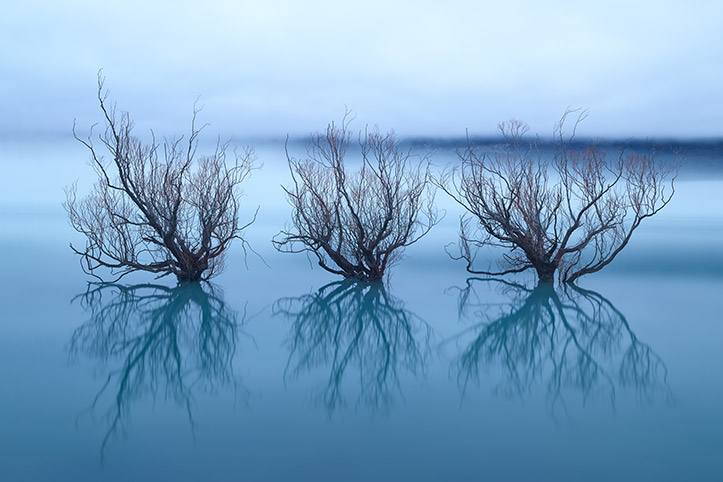 Granted, the night before had been a disappointment. The sunset hadn’t delivered what I was expecting; the water levels were too high; tourists were causing the lake to be full of ripples and waves and there really was no “atmosphere” to the images I did manage to capture. Looking back on Glenorchy from the Queenstown road, below, it’s clear to see what that local photographer meant about the fog. In reality, it was a good warning – had it been any more dense, it would have ruined the entire morning’s shoot – but I’d been lucky. 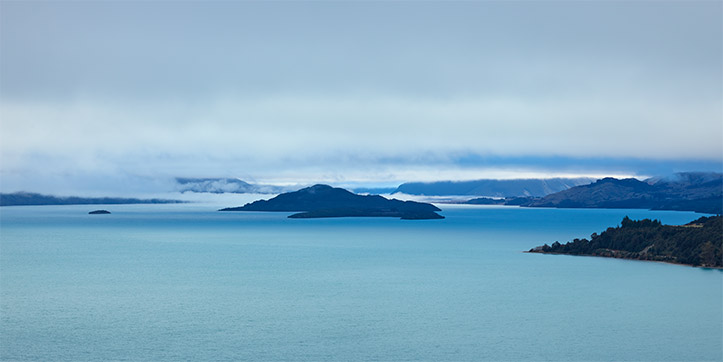 Fog is exactly what I needed to create an abstract mood and ice cold atmosphere that reflects the reality of how it felt that morning to be stood there, taking photographs. Luckily, that morning, the weather gave me “just the right amount”. 🙂