Yup – that’s right, I’ve just spent some of my own money on a Nikon camera! Here is my latest toy: A Nikon 1 v3 compact system camera 🙂 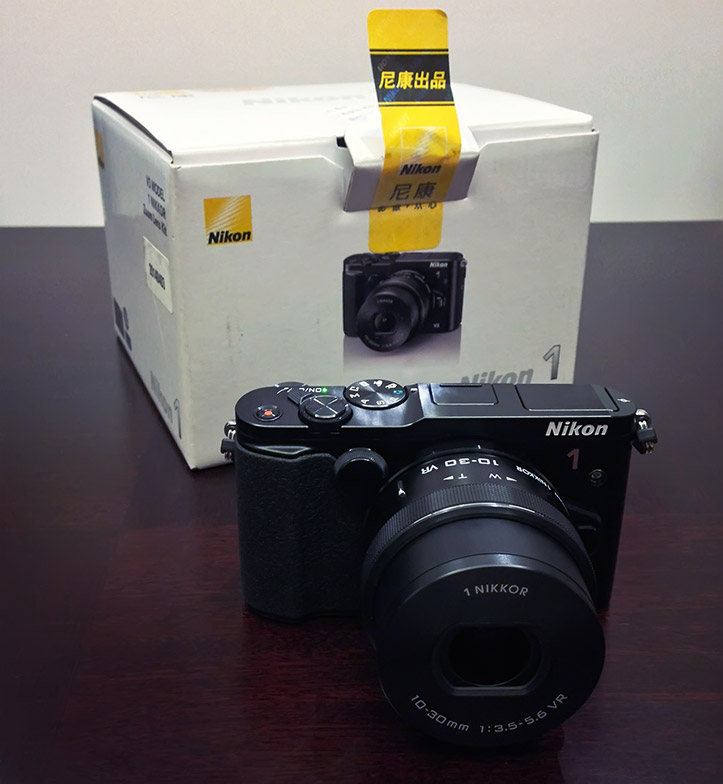 Granted, it’s not quite the investment that my Canon 1D X or 5D III along with all the lenses were – and it’s certainly pocket change compared to the cost of all of my Phase One gear, but I felt the need to buy it anyway. So, why? 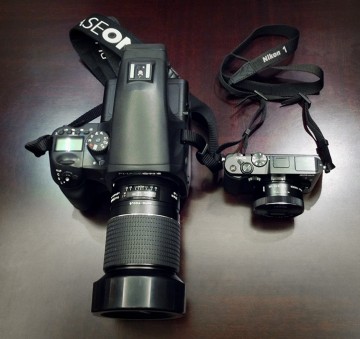 The reasoning for owning a smaller camera is simple: My Phase One gear (with all lenses) weighs in at around 12kg on a good day. If I’m shooting for a commercial client, that’s no problem at all – and I happily carry it around all day on that basis. Then there’s my iPhone – my favourite camera in the world, simply because it’s always with me – but it’s going to be several more revisions before that tiny tiny tiny sensor gets good enough to blow images up to a decent size for display (or even on computer).

And there’s the gap: Sometimes, just sometimes, I want to have a camera with me that doesn’t weigh more than a small child, but does have the capability to take images which are at least possible to print at a reasonable size and also gives me manual control over the photograph that is eventually captured.

It’s a sad day, in some respects, where I now feel the need to confine both my Canon EOS M and PowerShot S120 to the storage boxes in the office – but this new toy filled a gap I’ve been dealing with for a while.

You see, the EOS M is a half-hearted attempt by Canon to get “in” on the mirrorless / compact DSLR market. By half-hearted, I mean the first edition had some challenges, and support for the system has been sporadic at best (it’s even been removed from sale in the US as of the time of writing). While I’m sure Canon will do great things in the future when it comes to their compact system offering, right now, the EOS M doesn’t cut it (and compared to the 100D etc. isn’t actually that much of a size saving either).

Then we have the Powershot S series – which I have been (and still am) a huge supporter of. I’ve owned the S90, S95, S100, S110 and now the S120 – ALL are great pocket cameras, with fantastic features. The problem is, their image quality isn’t quite good enough to properly compete with most compact systems. Its size is fantastic, but the 12MP sensor limits what you can do with the images and even though this would be (at best) an emergency option, it’s still nice to know you can do something with a shot you were lucky enough to take.

So when I saw the original Nikon 1 series a couple years back, I was interested – for two reasons: 1) Could this be the mini camera I’ve been looking for, and 2) Would the images be good enough?

On issue 1) – No. It was still (originally) quite bulky, and had more of a feel of a mini-DSLR than a handy “expert point-and-shoot”. And for 2) – maybe. But the first edition was not much better than my Canon Powershot S series. I saw friends buy into the system and in general it got good reviews. Then the v2 got released – marginally better, but still a little bulky. Then, a few months back, the v3 came onto the scene – so what changed?

Simple answer: Quite a lot, and for me, all in the right direction. It’s a small camera, so I wanted a real focus on that issue. Gone was the bulky viewfinder on the top of the v2 (yes, many people will miss it, but remember what this camera is for – it’s not a replacement for a full frame DSLR!) and instead they’ve introduced a touch-screen that can be flipped to any angle up or down. Gone, also, was the big hand grip on the side (which is now available as an add-on option). Updated is the kit 10-30mm PD lens (which at a 2.7x crop factor is a 27-81mm equivalent) with great results. New, was an 18.2MP sensor – and removed was the Anti-Aliasing filter, leading to crisp, sharp, detailed images at higher ISOs. Overall, I was sold.

So there it is – on my dining table, waiting to be played with. Good job I’m heading back to London next weekend to give it a quick try then I guess – and for the first time in years I won’t be carrying the weight of a small child around with me the entire time!

Kuala Lumpur - Hospitality at the speed of light