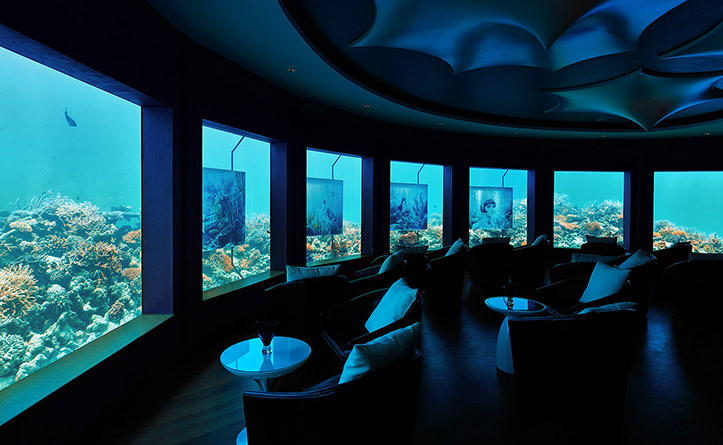 Looking back at my blog, in part I feel sad (that I haven’t written for over a month) but in a huge part I feel lucky that I’ve had such a random and amazing 5 weeks of shooting in some of the worlds most stunning settings. Over the next few weeks, I’ll be putting more images up from Australia, New Zealand, Maldives, Hong Kong and Singapore – but I really wanted to start with this as a highlight, a one-of-a-kind show that will only last for 3 months. 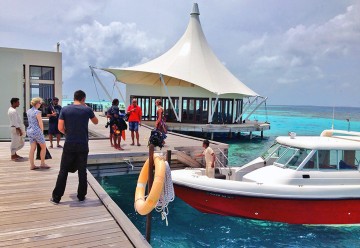 I was extremely privileged to be asked to shoot the setup and launch of Per Aquum’s latest “Dream Calendar” event, focused on the new concept of an underwater art exhibition – and where better to put such an exhibition than two of the most unique underwater locations in the world: Niyama Maldives‘ “SubSix” nightclub and Huvafen Fushi’s “Lime Spa” – both amazing feats of engineering, surrounded by the best that nature can offer under the sea.

With crystal blue water, and (generally) blue skies, it seemed a shame to spend so much time underwater. However, watching the setup involved in putting such an exhibition together, along with the benefit of air conditioning down there, gave me a lot more respect to the challenges these guys go through to keep ahead of their game and offer something unique to their guests.

Hopping between the islands via seaplane, both displays were set up within the week, with each island’s dive team and engineers putting their own take on how to display the artwork by Andreas.

In previous exhibitions, one of the main features of his work has been the decay of the frame and structure – allowing the man-made images to blend naturally into their surroundings. Here would be no different – so installing structures which would encourage decay and growth from sea creatures was key, something both islands achieved. 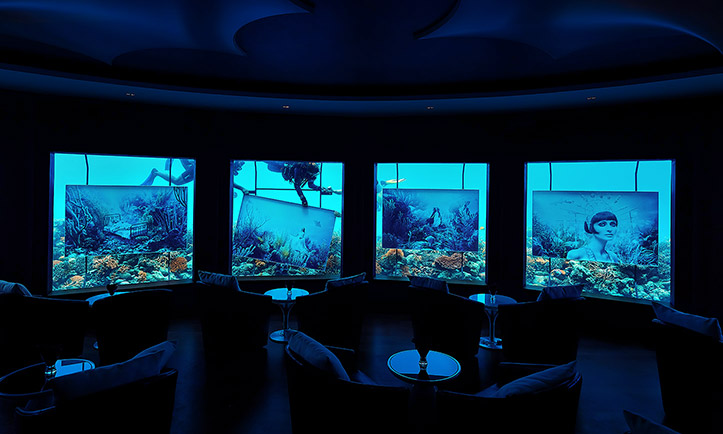 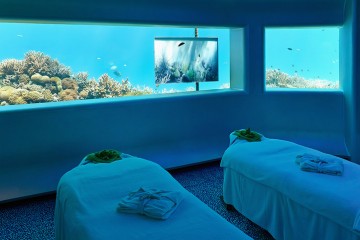 Each resort offers a very different option for viewing the images – an exclusive set of artwork depicting famous fairytales in an underwater setting including one “exclusive” image in each location which is only able to be seen there.

For Huvafen, it’s their amazing underwater “Lime Spa” that gets the attention – where guests can watch sea life float around the pictures as they’re being pampered and relaxed by the therapists several meters below sea level.

For Niyama it’s an entirely different vibe. By day, an “art gallery” feel sweeps into their “SubSix” club – accessible only by the main island’s private speedboat. By night (as in the very first image), an amazing chill-out lounge/nightclub where you can watch the coral reef move and grow as tropical fish make their homes within. 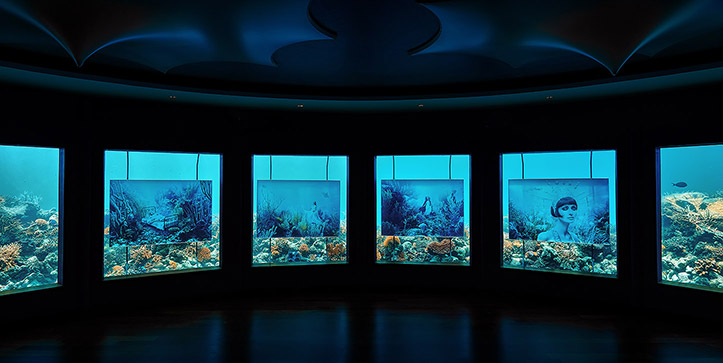 Of course, no exhibition would be complete without a formal gallery launch party – and so the guys did exactly that. If you were lucky enough to be a guest at Niyama on the week that the artworks were installed, you would have been treated to a sneak-preview as well as some exclusive cocktails to help ease the inevitable “arty discussion” 😉 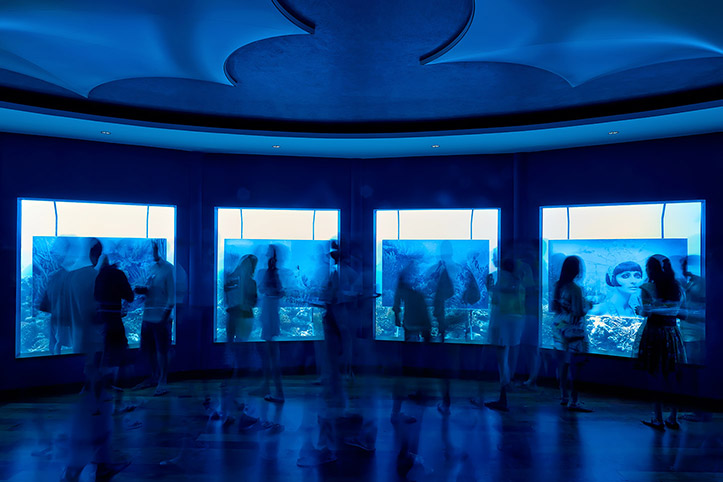 So there we go – the exhibition is on until the end of May, when we’ll get to see just how integrated the frames and structures have become with the tropical sea which surrounds them. In the meantime, prints of the artworks are available to buy from Per Aquum (the owners of Niyama and Huvafen Fushi) – and get this, for the princely sum of $15,000 you can own one of the actual images which have been held deep within the ocean for the length of the exhibition.

By location, here are the one-by-one shots of the images on show agains the rich coral background, starting with Niyama’s SubSix club:

And then Huvafen Fushi’s Lime Spa:

The guys are also doing a deal on stays during the exhibition itself – such as Niyama’s “Phantasy Fairytale Come True” package available here until the end of May 2014. 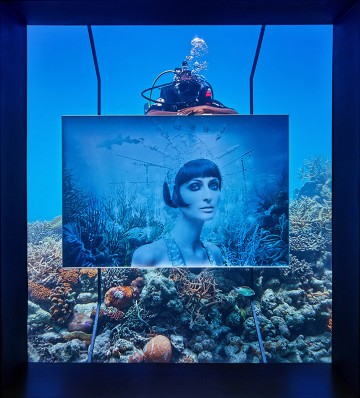 Having stayed at both properties, I can say hand on heart – they are both in their own right a form of “paradise on earth”. My lasting memory however, from the whole week-long setup, is this single image on the right.

What does a diver do when they’ve built 4 underwater structures for guests to view from within an underwater nightclub? Chill out, of course 😉

Lots more to come – including some shots of the amazing waters and sunsets around the Maldives as well as more from Hong Kong and New Zealand. Now I’m back with feet on the ground for a few days, watch this space! 🙂