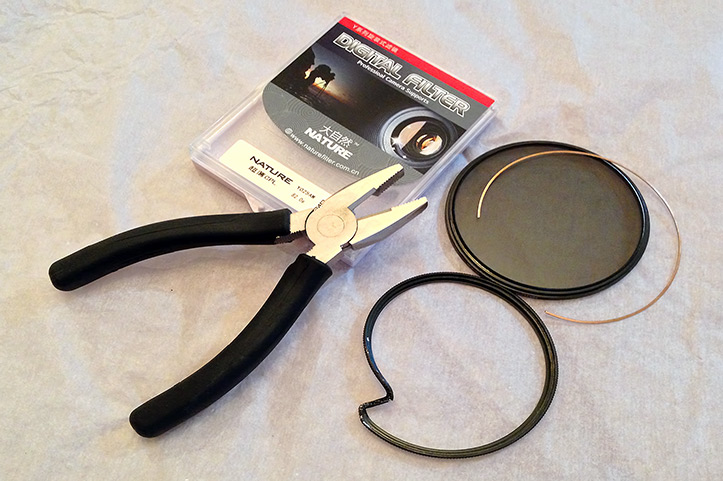 The above is what’s left of a potentially disastrous mistake I made with an old camera, and trying to be “clever”. Note to self : Don’t try to be clever in future.

You can buy some amazing things in Shanghai – and many of them are indeed a good deal. Take, for example, the “Lencarta Safari Li-Ion Flash System”. For sale in the UK for around £1,000 all-in (and I have one) – but if you investigate a little further, you find it is simply a rebadged version of an excellent system manufactured out here by a company called JinBei which they sell for under £250! JinBei also make other cool products which Lencarta rebadge, so I now buy all my  accessories/spares/extras direct from JinBei who have been fantastic. So, with proper research, you really can save a lot out here by “going to source” (which, let’s face it, is all that people such as Lencarta are doing anyway).

Fast forward to my second Mount Fuji climb this July, and I thought I’d be clever again. It’s a mountain we’re climbing, so weight is important, plus the likelihood of damage to anything taken along was high. As such, I chose to take an old Canon 5D mkII body (with no battery grip), a 16-35mm f/2.8 L II lens, and rather than carrying any fragile glass filter system with me – just stick with a cheap circular polariser from a local vendor. Normally I am a big advocate for both LEE and Cokin filters (with LEE being my preference overall) but hiking an entire glass filter set to the top of Fuji as well as my kit and food for the 2 days wasn’t exactly appealing. So I went against my better judgement and headed to Xing Guang Photographic Mall to buy a single Circular Polariser (C-PL).

Xing Guang is a place I actually have a lot of time for. Yes, there are some sketchy outlets in there, but in the main (and with the authorised dealers), you can get great advice and good prices on pretty much anything photographic. As well as the latest models of every type of camera on earth, they even have all those rare breeds of forgotten films stored in dark refrigerators for those who struggle to find them elsewhere. 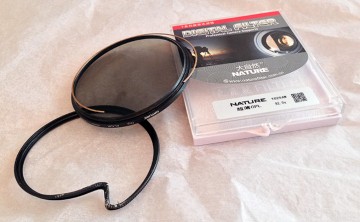 So, passing my Cokin dealer, I headed to a well branded outlet – “Nature“. These guys claim to be one of the biggest filter manufacturers in mainland China, and self-professed “next big thing” in terms of filter brands. I spoke with a very helpful lady in there who confirmed they had a low profile 82mm Circular Polariser in stock, and gave it to me to see. It looked OK, so I bought it and left happy.

To be fair to the filter, it worked well up on the mountain. I’m certain it’s not got the amazingly high optical quality that something from LEE would deliver, but it did the trick just fine and I captured a few really nice sunrise images from the summit. Granted, the temperature change from the bottom (30 degrees C) to the top (-10 degrees C) can be a little extreme, but the camera performed well and all was good. Until we got down…

I opened my bag to remove the filter from my lens and noticed something strange. A circular polariser filter actually rotates, allowing for the polarising effect to be controlled based on the direction of light coming into the lens. For that to work, a metal gasket is often installed between the filter itself and the metal ring which connects to the front of the lens (allowing it to spin).

In my bag, I found the filter and a piece of brass (the gasket) loose, both just about to scratch the hell out of the glass on the front of my lens. I took it away, and looked at the lens itself – the filter had actually sheered off and disconnected from the thread ring. Worse still, the ring wouldn’t budge. I’m not sure what metal was used by these guys but obviously with the temperature difference, despite fitting the filter at the base of the mountain and removing it at the base again, the expansion seemed to have caused it to jam in the lens. 🙁

In the end, it took a pair of IKEA pliers to (carefully) pull the ring to the inside of the lens and deform it just enough to be able to pull it out without damaging the thread.  I’m amazed the lens itself (or thread) hasn’t been damaged, and I’ll take this as a “lucky escape” but WOW that was close. Then I got thinking, even my middle-of-the-road Hoya C-PL has been with me to The Great Wall of China (which was a difference in-room of 25 degrees to minus 15!) as well as to snowy mountains and hot deserts in the same day – always with no problem.

The old saying goes “you get what you pay for”. In future, I’ll never be paying for a cheap “Nature” filter again… 🙁