It’s been 7 months since I moved to Shanghai – and I’ve only just made it to the top of the world’s (current) highest observation deck, The Shanghai World Financial Center/SWFC (or as it’s locally known, “The Bottle Opener”) to see the skyline from above. A few miles from Shanghai Pudong International Airport, I really have no excuse, but now I’ve been up there – wow, what a view 🙂 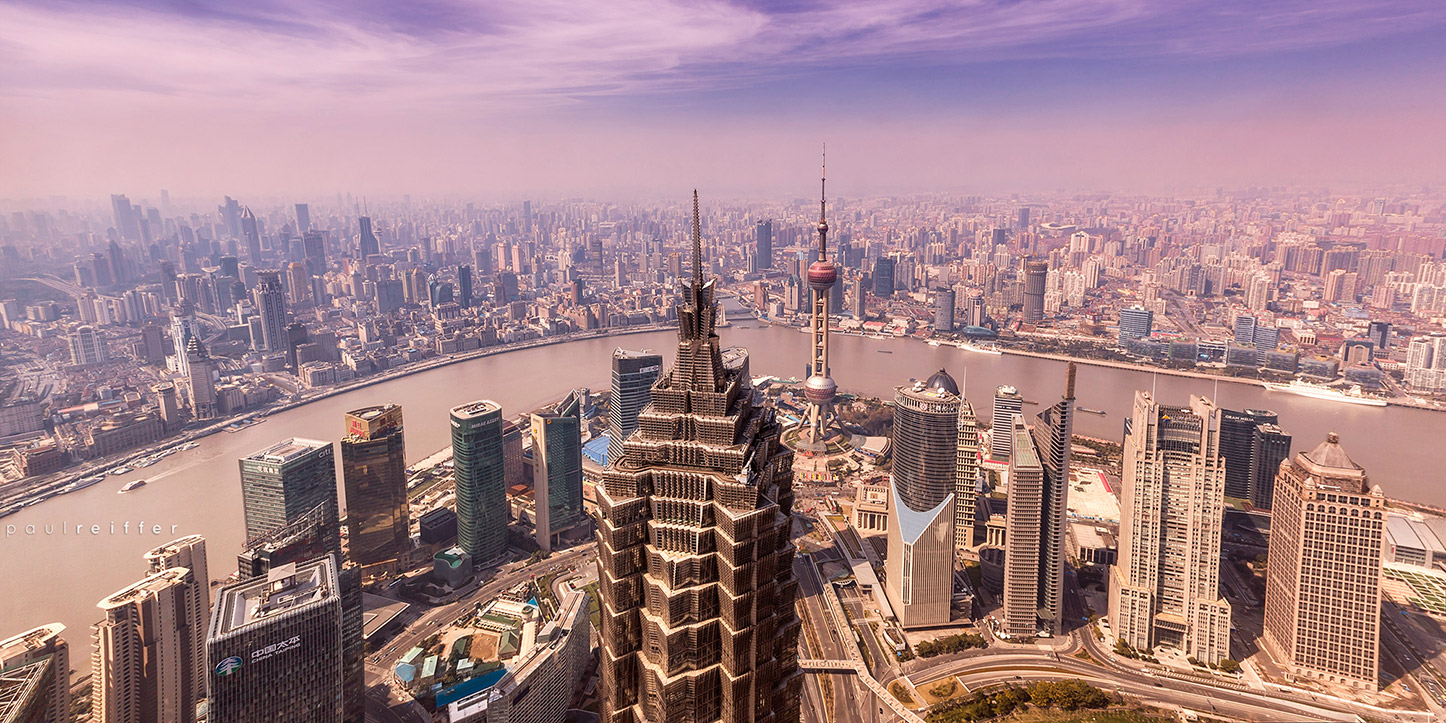 “View From The Top” – Print available to buy now

Housing the Park Hyatt Hotel, there are of course more economical ways to see the view – the 91st-93rd floor has a bar as part of the hotel and as you can imagine I have indeed visited there before… 😉 BUT the clearest view comes from one of the observation decks on the 94th, 97th and 100th floors. 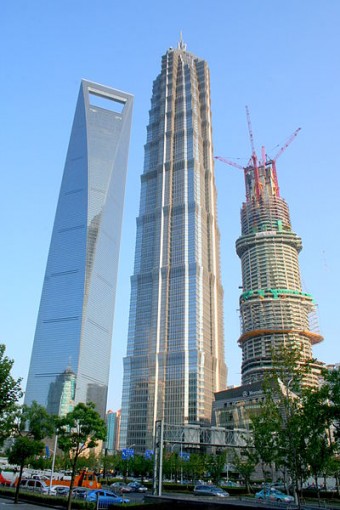 Part of “The Big Three” and currently the tallest of all skyscrapers in Shanghai, the Shanghai World Financial Center towers over the Jin Mao tower which was the first place I stayed in Shanghai around 10 years ago. Sadly, nothing is forever and indeed the SWFC will soon be dwarfed by the Shanghai Tower when that opens next year.

Despite the aspect of this photograph, the Shanghai World Financial Center (left) is a full 70m taller than the Jin Mao Tower (center). As such, it gives observers a unique view, looking down over an icon in Pudong, something most other people only look up to as part of the skyline.

Now, before people go up to the SWFC tower, I do have one simple “handy hint” : Be prepared for mega-reflections!

You see, the unique thing about the tower is also its downfall as a photographic platform. The 100th floor allows you to walk across the top of the “bottle opener” cut-out, with its small glass panels that mean you can see all the way down. The amount of glass in this building is incredible too – which provides an amazing view in general. But not amazing photographs. All that light is up there, bouncing around from pane of glass to pane of glass (glass, which is 2x/3x glazed, too, meaning natural reflections in each pane). Couple that with Shanghai’s infamous smog problem and it’s a recipe for disaster.

So how did I get the shot at the top of this post? Sad to say, but with the help of an old Virgin Atlantic black “Sleep Suit” sack I had lying around and a pair of scissors…!

I’m sure I looked rather strange, but in comparison to some of the images I saw from others, I’m pleased I got a bit creative with some fabric. It’s a simple trick – because of the glazing, most of the reflections coming back into the lens are bouncing from about 6″ away from the edge of the lens. So, a black piece of fabric (around 12″x18″) with a small hole cut in the middle to poke my 16-35mm lens through acts as a hood, blocking any local reflections from occurring. Taking any screw-on lens hood off helps get right next to the glass, and then it’s just a case of balancing holding the home-made “cloak” and pressing the shutter 🙂

The image above was actually taken on the 97th floor of the Shanghai World Financial Center. I wanted the Oriental Pearl Tower to “stick up” above the rest of the city, and from the 100th (which is a lot more than 3 standard storeys higher than 97) it just looked a bit too flat. The same reflection issue plagues the 97th floor, but with a clear (ish) day for Shanghai along with my craft project, at least I got an ultra-wide shot of what I’d been missing out on for 7 months already…