Great news – some of the images I captured when visiting Joshua Tree National Park last year are now being used by the US National Park Service themselves in their 75th anniversary brochures. The shot below being used on the first page of their new visiting guide… This is the first of several that were shot, hopefully it brings a little bit of colour to all of their visitors to Joshua Tree during this year […] 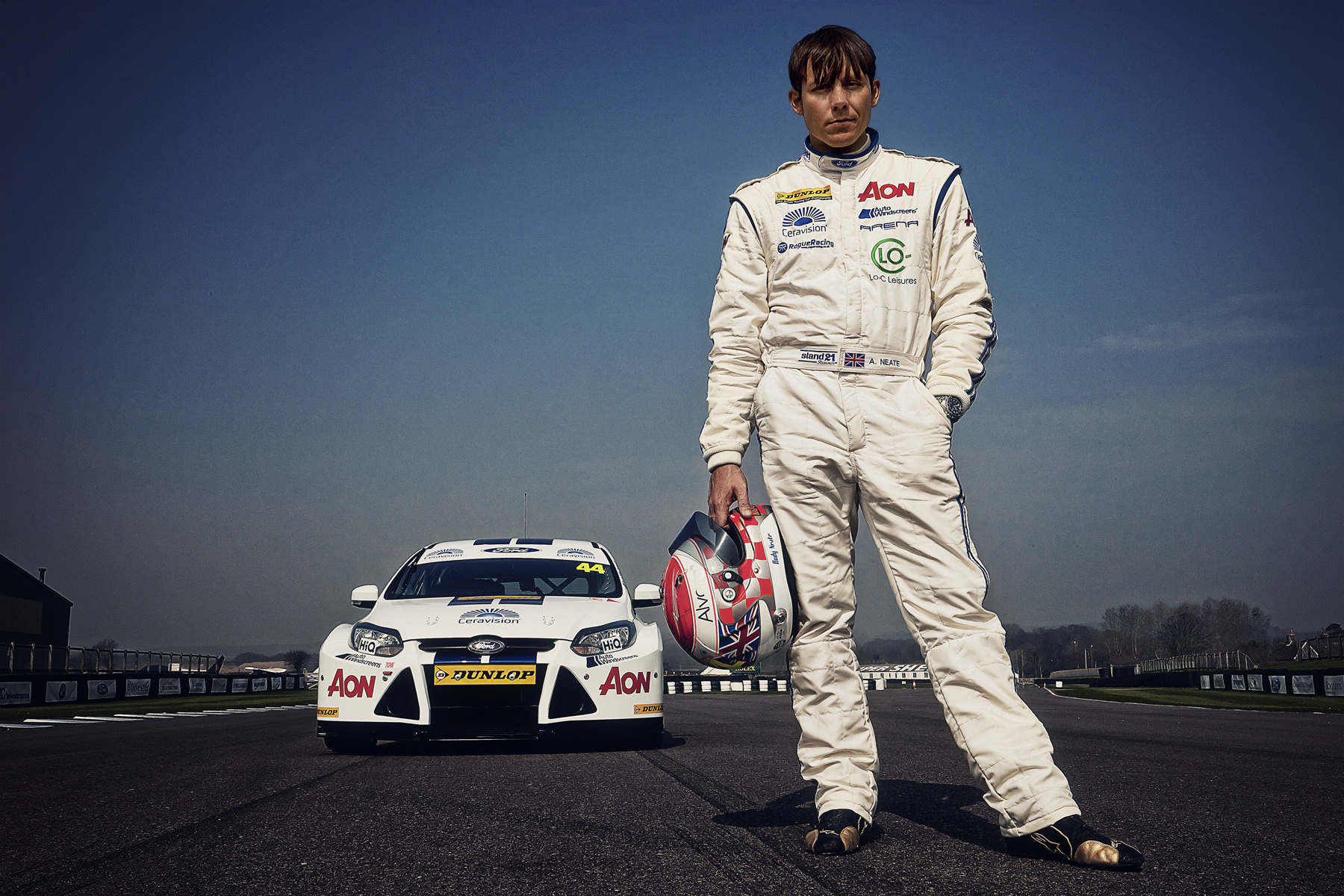 This is Andy Neate. For 2011, he’s joined Tom Chilton at Aon/Ford in the British Touring Car Championship, having overcome an absolutely horrendous injury in 2008. Back then, he nearly ended up paralysed from the neck down, having sustained pretty much what Christopher Reeve had to deal with only this was at 150mph. When Andy contacted me for a shoot, I honestly had no idea about the background to this incredible guy – but there […] 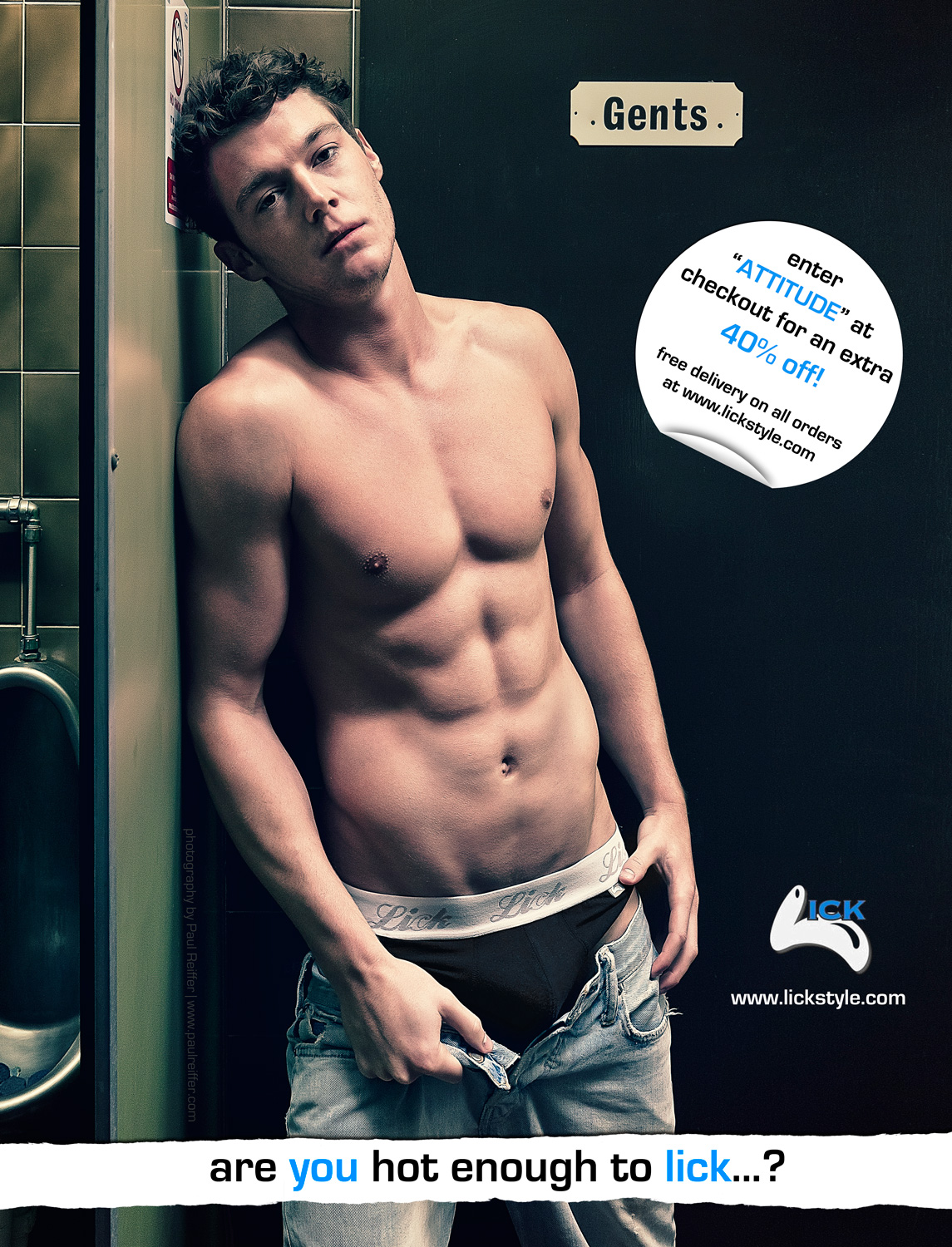 Here it is – the third and final of the current series of Steve Box adverts for Lick Underwear – appearing in Attitude magazine next month. Previous ads had been studio shots with calculated lighting.  This one, however, used nothing more than a skylight from above and some pretty “down to earth” surroundings provided by a very helpful local bar…  It’s certainly a lot grittier than the images used in the two before – let’s […] 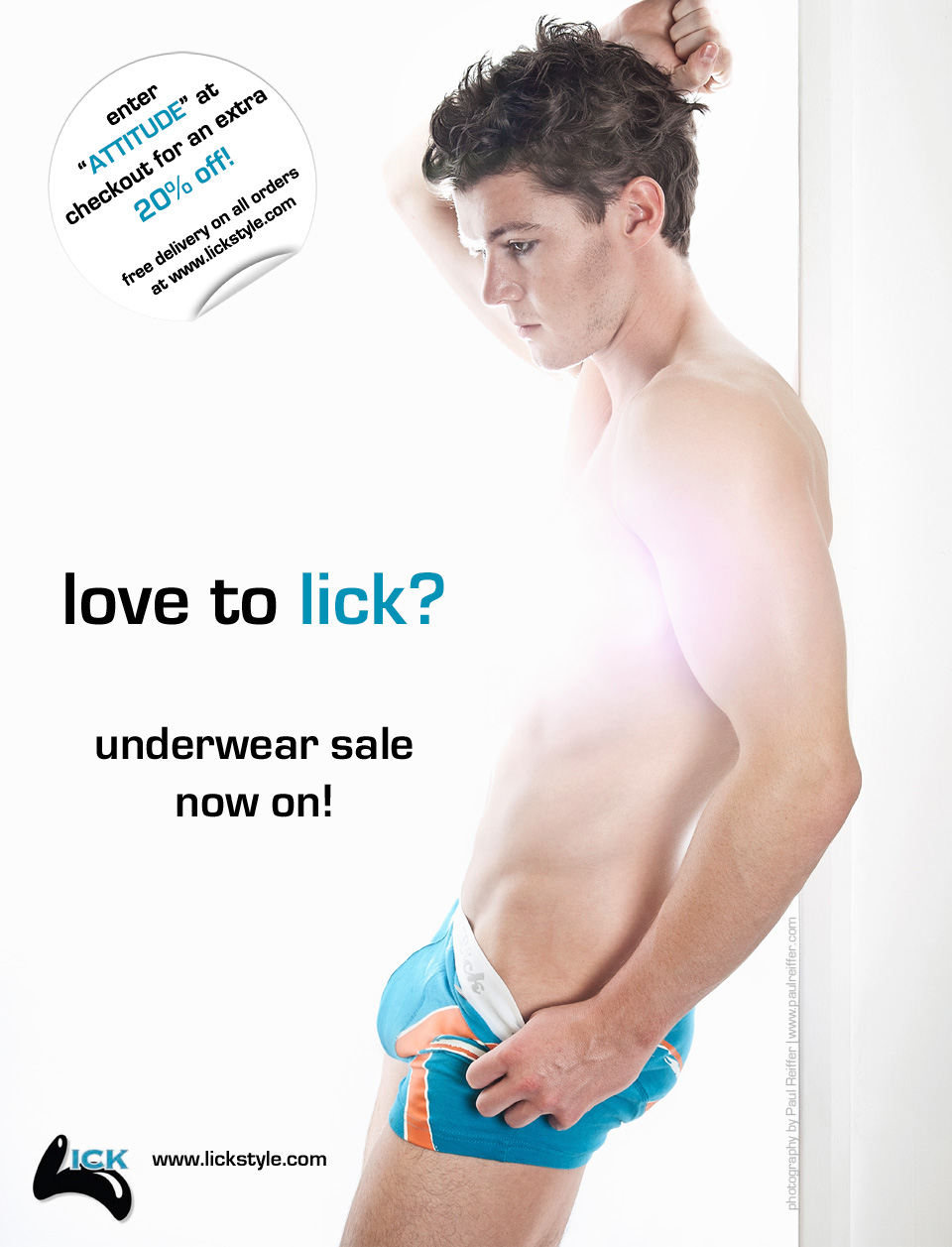 Yup, that’s right – it’s the second in the “Lick Underwear” series, featuring Steve Box as the underwear model.  Following the success of December’s campaign, Lick are there again in the next issue with a very different style of photograph from the last.  This time, shot with an intentional blow-out using a backlight behind the frame Steve is stood within, the focus is purely on the “Union Hipster” that he’s wearing. So, that’s January sorted […] 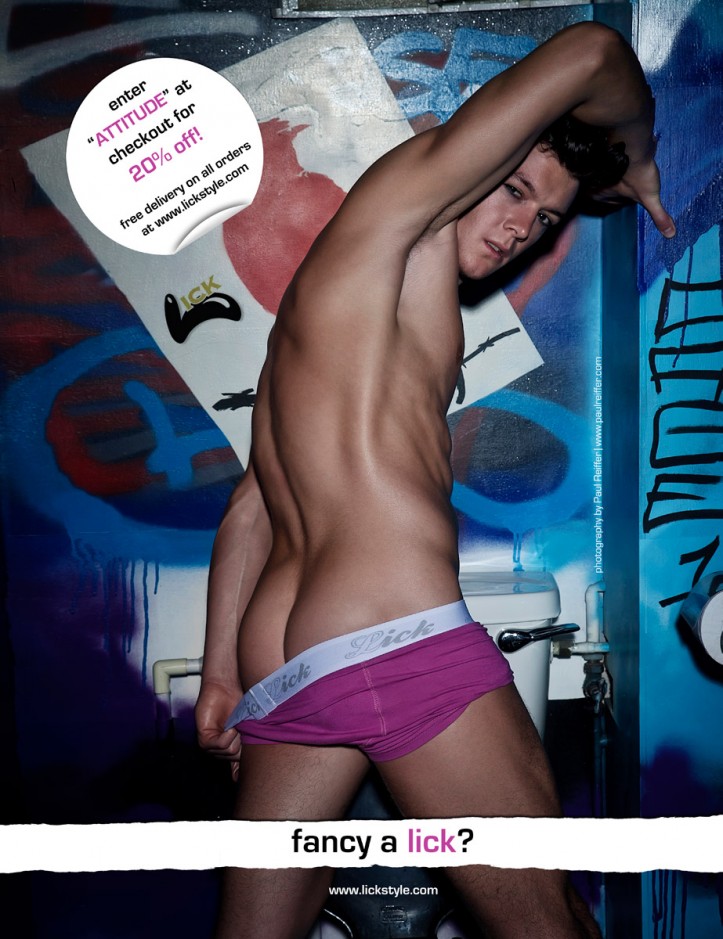 Say hello to Lick Underwear’s new advert – featuring their fresh new fitness model for 2010. Shot in the studio back in September, this isn’t the only media outlet that will be showcasing both the image series (yes, there are more) as well as their model’s abilities over the next month… For more info on Lick Underwear – click here (and remember, you can use the 20% discount code in the advert above too!)